Helen Hayes, once and for a long time the “First Lady of the American Theatre,” soon will no longer have her distinguished name on Broadway. The Helen Hayes Theatre on West 44th Street, the second to honor her since 1955, will change its marquee, the new non-profit owners selling naming rights in that wonderfully awful new tradition. Yet this grand thespian, who owned an Emmy, a Grammy, an Oscar and a Tony, will never lose her mark in the village she called home from the 1930s to her passing in 1993 at age 92. 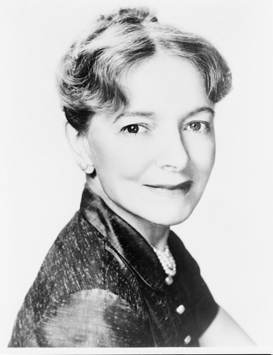 Actress Hayes, who called herself Charlie MacArthur’s wife in this Hudson River village, the lady who entertained World War II troops at the Camp Shanks embarkation camp in Orangeburg, the president of the Nyack Garden Club who had meetings among her beautiful backyard roses, was well sought after on stage and screen but in Nyack, the ordinary pace of life was just as much a lure.

Though the death of her daughter Mary in 1949 devastated her and put her husband, co-author of the famous “The Front Page” play about newspapermen, in never-ending sadness until his own passing in 1956, Miss Hayes made the show of her life go on, increasingly in extensive charity work. Her particular devotion to the Helen Hayes (rehabilitation) Hospital in West Haverstraw was a long-running, deeply felt effort until her death.

Often, notables are splashed in self-promoting, even outrageous and scandalous behavior on the front pages of supermarket tabloids, magazines and now in social media, Helen Hayes preferred her publicity to be her body of work, her village life in Nyack and her charity efforts.

Yet, as one theater critic wrote, Katherine Cornell (Miss Hayes’ friendly rival and also variously known as  the “First Lady of the American Theatre”) played every queen as a woman and Helen Hayes every woman as a queen.”

I can attest to that, having waited about 10 minutes on the old living room couch in Miss Hayes’”Pretty Penny” mansion before she came down the grand stairs so that I could get photographs for the old Journal-News.

This actress, who played Mary Stuart and, of course, Victoria, eventually descended the curved stairs, but slowly, almost pausing on the first landing, which was next to a large portrait of her as one of the English queens.

It was grand entrance, quite theatrical, but totally lost on a country bumpkin like me who was already thinking about his next photo assignment.

The photos were taken, and Helen Hayes was most accommodating. (I found that almost all actors I photographed took easily to the camera and especially to directions, as they knew their best poses and also were used to stage and screen nudging).

Now, so many decades later, I wish I had spent more time on that assignment, which was one of perhaps four or five that shift. I wish I had taken more shots of  the actress, even asked a polite question or two. What opportunity was lost.

Broadway will soon lose “Helen Hayes” in lights, for a second time, but the memories this lady of the boards for 80 years left the masses and the individual will continue to shine most brightly. She will always be the “First Lady of Nyack.’

Perhaps the firm that buys naming rights to the present Helen Hayes Theatre will simply buy them in her name, keeping Miss Hayes on Broadway for years to come.