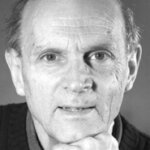 It’s all about the middle class, and it’s not a selfish thing. The people in the middle historically prove to be the rescuers of both the lower and upper classes, the lower because when you have a vibrant middle class, long-term, benefit-added professional jobs are created, and that economic stability builds hope, grows compassion and renews  neighborhoods. The upper classes, well they actually make more money, for investment in enlarging the middle class and making it hum brings economic stability that multiplies. (The post-war G.I. Bill took non-high school graduates from the Great Depression and sent them to college and trade school and so brought the prosperity of the 1950s and beyond.)

Today, after decades of declining re-investment, insufficient re-tooling and a lack of smarts by American business, after years of well-intentioned but bureaucratically misapplied government over-regulation and, now, because the dictatorship of the uber-wealthy by special interest rules our nation, the American middle class, created by the Industrial Age, Progressivism, two world wars and manifest destiny, is surely disappearing. And with it, the re-nurturing of democracy that the Founders intended.

Corporate greed is sending jobs to China and elsewhere. Focusing on the bottom line instead of the future of the economy is creating a third world-like underclass that permanently will be out of work or in low-skilled jobs with no pensions and self-purchased health care.

At stake is much more than the loss of buying power. No democracy long sustains  without a healthy middle class. Small towns and suburbs will further decay, and costly, debilitating  crime and social problems will rise. Some cities will fall as well, though parts of others, like Manhattan, will be protected enclaves for the penthouse rich. Children will be lost as progress regresses for the almighty dollar.

When you have government that wisely regulates business, as did Republican Teddy Roosevelt’s administration, when there are commonsense rules to control greed, when business reinvests in the workers that make them money by providing reasonable wages;  by assuring pensions and health care; by supporting collective bargaining; by investing in infrastructure; by paying corporate taxes because that money regrows in job renewal; by fair trade practices; and, mostly, by an attitude that those who have must help those who have not, the pay-it-forward theme of human decency, then you rebuild a nation once proud of itself.

With the birthday of Martin Luther King Jr. last week, it is appropriate to quote the late civil rights leader: “Injustice anywhere is a threat to justice everywhere.” Injustice is also cause for possible rebellion, the  “Let them Eat Cake” dismissal of the growing greedy the match that could light the fire.