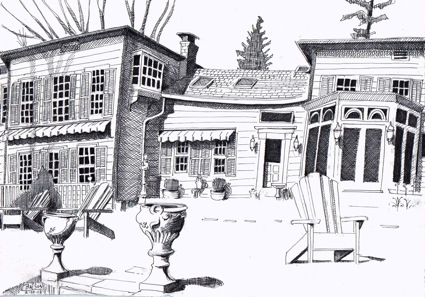 The musical career of Sam Waymon is set to soar. In February 2015, Spike Lee will release Da Sweet Blood of Jesus, a remake of Ganja And Hess, a film that Waymon helped create. A documentary about Waymon’s sister, Nina Simone, is building momentum on Kickstarter.

Waymon and independent filmmaker Bill Gunn conducted a creative collaboration from this house in Upper Nyack in the 1970s that produced the script and soundtrack that Lee is paying homage to in his film. Nyack was the location for several key scenes in the classic cult movie that blends afrocentric themes and vampirism.

What’s Next for Sam Waymon? 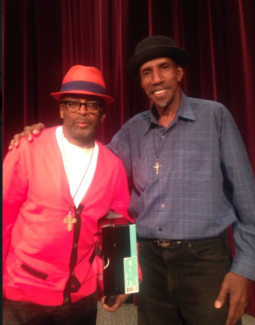 Da Sweet Blood of Jesus
Spike Lee’s remake of Ganga and Hess titled Da Sweet Blood of Jesus will premier on February 13, 2015. Lee funded the project through a 1 million dollar Kickstarter campaign. Waymon hopes to release “You’ve Got to Learn” as a single to coincide with the premier. The song inspired the Bill Gunn’s script and opens and closes the original film.

A Brother’s Love
Co-produced by Dylan Kelehan, Waymon is recording an album entitled “A Brother’s Love” to support an upcoming tour of the same name that includes European dates.

The Amazing Nina Simone Kickstarter Campaign
There are 23 days left to support Jeff L. Lieberman’s documentary to honor the performer that “took to the piano to demand racial and gender equality over 50 years ago – a cry for freedom equally resonant today.” Visit Kickstarter to donate.

Daniel Perry built the house in the 1830s. Perry operated a boat building business from the riverfront property. Perry’s descendants sold the home to screen writing legend, Ben Hecht in 1929. Hecht came to Nyack to be close to his writing partner Charles MacArthur. In a confluence that foreshadowed the activities of Waymon and Gunn, Hecht divided his time between cultural and political activities. Hecht was a major supporter of the Zionist cause and used the home for fundraising events and strategy meetings.

When Waymon and Gunn arrived in 1969, one of their first visitors was Charles MacArthur’s wife, Helen Hayes, who regaled the newcomers with stories of pool parties held by the former occupants. Hayes’ welcoming gesture is remembered fondly by Waymon as one of the most meaningful days at the residence, on a par with their audience with the President of Nigeria and literary gatherings that included Toni Morrison, Amiri Baraka, and Gunn’s closest friend James Baldwin.

But the most memorable and certainly most choreographed visit was from the heavyweight champion of the world. In 1975, Minister Elijah Muhammad, the founder of the Nation of Islam, learned that Gunn was being considered to write the script for an autobiographical film of the life of his disciple, Muhammad Ali. Before a deal could be struck, Gunn and Waymon were flown out to Chicago to meet with Minister Muhammad. Upon their return, they got a call from the boxer.  Even though the spiritual leader had given his blessing, Ali would not agree until he met Gunn at his home. The visit was a success and work on the project proceeded.

During this period,  Gunn wrote and directed Ganja and Hess, a film that was honored at the Cannes Film Festival in 1973 as one of the best American films of the decade. Waymon’s multidisciplinary talents are on display in the film in which he performs and composes the score. As a low budget effort, many of the props and furnishings, including the Rolls Royce and the Jaguar, belonged to Waymon. Gunn’s prolific career as a playwright, novelist, actor and film director ended in 1989 when he passed away at Nyack Hospital.

Waymon developed as an artist along side his sister, celebrated songstress Nina Simone. Sam and Nina (Born Eunice Kathleen Waymon) were raised in Tyron, North Carolina with six other brothers and sisters. Their parents, Mary Kate and John Divine were both ministers of the gospel. Both Sam and Nina started piano lessons at the age of three.

The Ku Klux Klan was active in Tyron. As a young man, Waymon remembers witnessing cross burnings and savage beatings.

Simone recorded 40 albums and has influenced artists as diverse as Yusuf/Cat Stevens and Alicia Keys. During their partnership, Waymon was her manager and organist. They traveled the world performing, but they also found time to lend their talents and efforts to the civil rights movement. Waymon still has scars from a march where non-violent demonstrators were set upon by a mob with bricks and batons. Sam and Nina performed at Martin Luther King Jr.’s funeral in 1968. 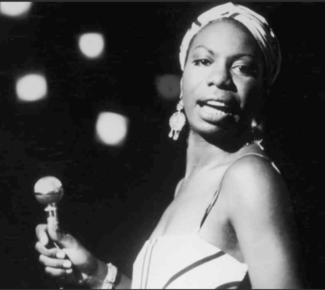 Nina Simone died in 2003 in France. As a surviving sibling, Sam has been an outspoken critic of a recent Hollywood production based on his sister’s life. He has been particularly critical of the casting of Zoe Saldana as Simone. Over 11,000 people have signed an on-line petition that echo his objections. For Waymon and others, Simone’s dark skin and African features defined and circumscribed her life. They are incredulous that actors of Simone’s racial identity were passed over for a performer who is reportedly using facial prosthetics and skin paint to portray the singer. 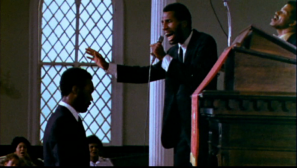 Sam Waymon and Duane Jones in Ganja and Hess

The auditorium where the Nyack Center holds after- school programs, Rivertown Film screens movies and the Chamber of Commerce operates the indoor winter Farmers’ Market was a set for Ganja and Hess. The opening and closing scenes of the film were shot there when the space was a sanctuary for a church. Waymon was cast as a pentecostal preacher, singing and stomping in front of extras who were members of the congregation that worshiped in the space at the time. Waymon shared the scene with Duane L. Jones, the actor who played the leading role as Ben in the classic 1968 horror film that launched what is now a national obsession with zombies, Night of the Living Dead.

Through his music, the enduring legacy of his collaboration with Gunn and his defense of his sister’s name and memory, Waymon acts as a guardian of the African American cultural universe. Waymon has expressed a concern that history has a way of remembering the battle but forgetting the blood. Through his composing and performance, Sam Waymon won’t let us forget either.

Parts of this Nyack Sketch Log were originally published on February 12, 2013

Bill Batson is an activist, artist and writer who lives in Nyack, NY. “Nyack Sketch Log: The Waymon Sound is Soaring” © 2014 Bill Batson. In Dec. 2014, Batson published “Nyack Sketch Log, An Artist and Writer Explores The History of A Hudson River Village.” Copies of the book can be purchased at billbatsonarts.com.