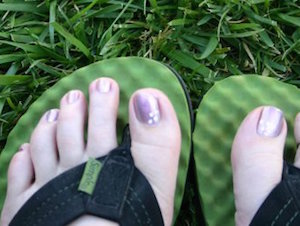 My first job after college was as a reporter for The Associated Press in Montana’s state capital, Helena. Covering the state Senate in its 1979 and 1981 sessions was the highlight of my time there.

Legislatures in some other states (especially large ones) are nasty and often highly partisan places. Lawmakers are frequently paid full-time salaries for what amounts to part-time work, salaries which they often augment with jobs in law firms or other enterprises that benefit from their government positions. I hold New York’s Legislature in particular disrespect in this regard. My view is that nobody who simultaneously possesses talent, integrity and self-respect would want to serve as a New York lawmaker – and I mean this seriously, not as hyperbole. (This statement is so sincere that I need to point out that I am speaking only for myself and not for any organization I currently or previously served as a director, officer or member.)

The Montana Legislature was different back when I covered it, and I have enough ongoing contact with the state to believe it is still different today. Nobody makes a living from a part-time legislature that meets for about four months every other year. The person who sits on the other side of the aisle in Helena might be the person who teaches music to your kids in Great Falls or who sells a tractor to your father in Miles City. It makes sense to keep partisan differences and people’s foibles in perspective, because even though they might see things a little differently, they are trying to do their best. For the most part, this is how Montanans approach one another, and I view it as one of the state’s charms.

But Montana’s Legislature may be a little less different than other places nowadays, judging from a ginned-up controversy over a new dress code. That code has been employed, maybe earnestly or maybe cynically (and maybe both), by Democrats as part of their Republican war-on-women meme. But I think it is better understood as a pointless Republican war on flip-flops.

Remember, we are talking about the Montana Legislature, which convenes next month in Helena. The average January temperature in Helena ranges from a daily high of 30 degrees to a low of 10. It can get much colder than that. In 1979, it got so cold that one morning, as I started my car to go to the Capitol to cover the Senate, my key snapped off in the old-fashioned steering column ignition switch. The ignition ring still turned, so I did not realize what happened until that evening, when I pulled out my key to unlock the car door and found myself staring at a metal stub.

By April, Helena’s average temperature has climbed to a high of 57 degrees and a low of 31. The average annual snowfall is around 40 inches. The average number of days during a legislative session during which a sane person might wear flip-flops is zero.

So when Republican leaders of the state House of Representatives recently adopted the chamber’s first dress code in memory – probably its first ever – to specify that lawmakers should wear “formal business attire,” they probably could have safely stopped at the part that specified “appropriate shoes” for women. (They had already standardized “dress shoes or dress boots” for men.) They certainly did not need to elaborate on women’s footwear with the observation that “Flip-flops, tennis shoes and open-toed sandals are not considered appropriate.” Nobody is going to mistake tennis shoes for formal business attire, and open-toed sandals, like flip-flops, spend Western winters in sunny Arizona.

Republicans committed another gaffe by including the sentence, “Women should be sensitive to skirt lengths and necklines.” This is sexist. Anyone on the legislative floor, male or female, ought to be sensitive to skirt lengths and necklines. I’m not sure how many men are wearing skirts in Helena these days, but my rookie year in 1979 was uncomfortably close to the era of leisure suits and heavy gold chains. If you are a public official at work on and the public can count the hairs or anything else on your chest, you should consider buttoning up.

Everyone agrees that the dress code’s critics have a point. Its chief sponsor, House Majority Leader Austin Knudsen, told the press that changes are in the works. They might even be made by the time you read this. One of the most vocal opponents, incoming House Democratic Whip Jenny Eck, acknowledged that she did not believe the code’s authors intended to give offense, but she apparently chose to take offense anyway because, as she put it, “it’s a discriminatory document.”

Ms. Eck is younger than me, a Smith College graduate who arrived in Montana from her Massachusetts home long after I left the state. We both were transplanted there from the East Coast, and I know it takes some time to adapt to the culture and rhythm of the place. So even though I don’t know Eck, and I suspect she is not eager to take any advice from me, I will offer a little here anyway: Defend your principles, but don’t pick fights that are not worth fighting unless you want to import the rest of the country’s unending partisan warfare. I hope that is not your goal.

Once the legislative session adjourns, Austin Knudsen will not be the opposition party leader. He will just be another Montanan like Jenny Eck, someone who takes time away from his everyday life to help shape the state’s future. The two lawmakers may have more in common than you might think: neither should wear flip-flops to the legislature – it is inappropriate, and frostbite is painful.