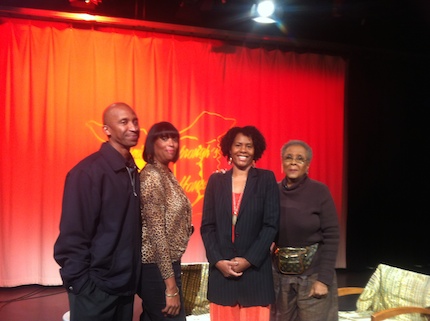 The Workshop, a stage play written by Nyack attorney and playwright Alice Crowe, will be among 40 plays presented in four days at the Atlanta Black Theatre Festival starting later this week. Crowe’s play is part of The Readers Theatre, a showcase of original work that’s read in front of an audience.

“I’m excited to be able to showcase my work in Atlanta and be among some of the best playwrights in the world,” said Crowe, who has been writing plays since she was a child. “I’m working with a talented cast of local actors in Georgia. Atlanta has a rich history in theatre, and I’m truly grateful to be part of that experience.”  The staged reading will be directed by Alicia Crowe, Alice’s identical twin sister . 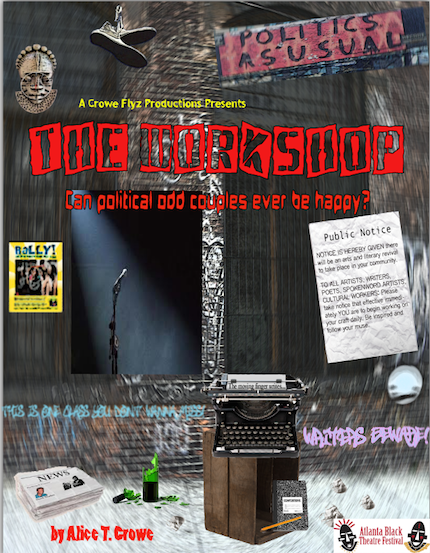 The Workshop is a contemporary play about a spoken word artist who struggles to make his work relevant in “the age of Obama.” Through the power of creative expression, the play asks the question, “can political odd couples ever be happy?”

While the Workshop is a play that explores the wide range of conflicting social and political ideas within the African American community, it also shows the unlimited potential of African Americans to sit down at the table with heavy manners and have a conversation.

After graduating from Howard University School of law, Crowe joined the Louis Reyes Rivera Writer’s Workshop at Sista’s Place in Bedford Stuyvesant Brooklyn. She trekked to Brooklyn twice a month for eight years to study the craft of writing with Rivera, a noted poet, essayist, editor, and educator. Rivera, co-founder of the Nuyorican Poets Café, assisted in the publication of well over 200 books, over the past 40 years, including her twin sister Alicia Crowe’s book, “Real Dads Stand Up.” Rivera also appeared on the Peabody award-winning HBO show, “Def Poetry Jam.” 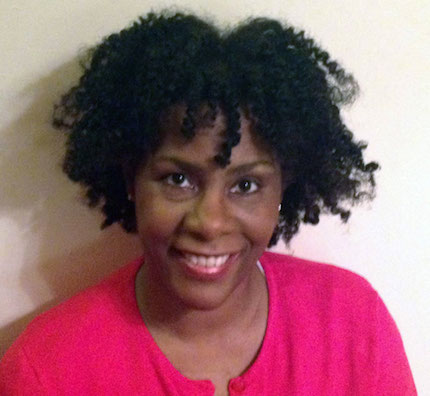 Crowe began writing The Workshop in 2009, as a member of the Frank Silvera Writer’s Workshop led by Garland Lee Thompson, Sr. in Harlem. Crowe cultivated her love for black theater and gained experience working with a diverse group of playwrights.

The Atlanta Black Theater Festival has attracted theater legends as Melba Moore, a Theatre Award Recipient 2012, Pearl Cleage and Taurean Blacque. For the past 35 years, award-winning playwright, lecturer, and educator, Garland Lee Thompson, Sr. has dedicated his life to emerging and established playwrights. Along with actor, Morgan Freeman, Mr. Thompson founded the Frank Silvera Writers’ Workshop. Thompson is also the Co-founder of the Harlem Arts Alliance.

Crowe’s first staged reading of The Workshop was held at the Harlem School for the Arts Theater in 2009. “The audience was a tough crowd of critics, like the Amateur Night at the Apollo Theater crowd,” Crowe said. “They gave it a standing ovation, but my peers, my fellow playwrights, ripped me to shreds with critique.” Crowe took the play back to her den and continued to work on it.

In 2011 Crowe brought the play to Sam Harps, Director of the Shades Repertory Theater in Haverstraw. Harps directed a staged reading of the Workshop with a cast of local actors, Brenda Pettit, Steve Allen, Joe Lima, Tracy White, Yvette McLarty, and Alicia Crowe. Crowe set out to mount the play at the Shades Theatre, but Crowe found it difficult to cast The Workshop in Rockland County given the shortage of African American actors.

“Atlanta is a litmus test because some of the most respected actors, directors, theater educators and theater goers will be at the Atlanta Black Theater Festival,” said Crowe. “If my play can stand the test of the audience, critics, and other playwrights, then I know I have a great play.” Alice aims to produce the play in New York, D.C. and Atlanta.

A staged reading of The Workshop will be held on October 10 at 7p at the Porter III Performing Arts Center in Atlanta. The Atlanta Black Theater Festival runs from October 9-12, 2014. For more information AtlantaBTF.org.

Alice Crowe is a former freelance writer for the Rockland Journal News. She wrote a weekly column, ‘What’s in a name.” She is currently working on a documentary film, “Secrets of the Hollow, the Hidden History of Blacks in Rockland County.”