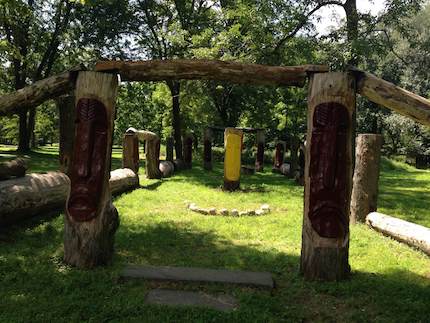 Since the arrival of European settlers in the early 1600s, the Ramapough Lunaape Nation have had to fight to hold their ground. Yet, driving up Stag Hill Road in Mahwah, New Jersey to meet with the Nations’ Chief, Dwaine Perry, there is nothing but peace in the beautiful wooded mountainside along the perfectly paved road. The quiet compelled me to turn off my radio, the landscape urged me to reduce my speed, as I drove the two miles to the Tribal Building. 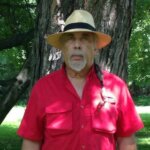 Chief Dwaine Perry is a veteran of the Vietnam War where he served in the US Army as a member of the Unconventional Recon Group working the Cambodian Border. Upon his return to the US he completed his undergraduate education, and earned his Masters of Science Degree in Community Economic Development from Southern New Hampshire University.

From a very young age Perry has been a civil rights activist, coming to understand the inequalities and injustices suffered by all people of color.

“Even today, I have heard the superintendent of schools encourage children from the Lunaape Nation to drop out at age 15 or 16 because they are ‘unlikely to succeed.’”

Chief Perry believes that many are ignorant of the role that the Ramapough Lunaape Nation has played in American history.

“I would like people to know that without the aide of the Ramapough Lunaape there would not have been a Lexington and Concord nor an American Revolution as we know it,” he explained.

“When George Washington was a Captain and Alexander Hamilton was a lieutenant working in the Ramapo Pass, choke point preventing any sizeable troop movements  into the colonies from the rear thus containing English strategy and securing the American Revolution … The Ramapoughs were among the very first people to stand with the rebels struggling for freedom  in the nascence of the American Revolution, a freedom that is yet denied to the Ramapough.”

According to Chief Perry, the first 900 canon balls used in the American Revolution were produced from the Lunaape Mines in Ringwood. The fabled “Chain across the Hudson” was made from their iron.

“Yet those who have created the greatest nation on Earth have failed to acknowledge the people who have made this grand experiment possible,” he continued.

The Ramapough Lunaape seek to have a small parcel of their land declared sacred and exempt from taxation, a tax status afforded churches, synagogues and mosques. This should be a straight-forward issue, yet the the outcome of the proceeding in Trenton, New Jersey on September 8 is uncertain.

Chief Perry is reaching out to the larger community for support. Perry doesn’t want to turn this into an issue of religious freedom. He is focused on land use. “What we’re looking for is simply to have enough social support to make sure the land, at least part of our land, is designated for ceremonial use only,” he argued.  Perry says there have been instances when elders or children have been on the land praying or conducting ceremonies and outsiders on horseback rode through leaving animal feces on the grounds. (The land is adjacent to a Polo Club.)

“When I’ve asked the gentleman who routinely runs through the land on horseback with a group of other people to stop, he looked me in the face and told me that his horses were trained, so they wouldn’t go to the bathroom,” Perry said. “That shows you the degree of arrogance that we’re dealing with,” he said.

The Nation has been paying a $3,000 annual tax bill for the land for over 30 years. “We’ve only used it for prayer and prayer only or for private reflection.” The land is often misused for beer parties and other disrespectful activities and Perry says his people often feel discomfort when they are on their property. “They are stared at, made to feel uncomfortable, on their own land,” he said.

“We are asking for community support because the land is located in a rather exclusive community.  And although we appreciate they have considerable investment, and certainly deserve their own privacy, we are the largest landowners (in that area) and deserve the same considerations.”

The sacred grounds are both stunning and well maintained.  There is a feeling of walking into another world, one filled with spirituality and tranquility. There are sweat lodges, a church (Kunduweewiikaan) with beautiful carvings designating the four directions, a long house with sacred images on it, a rock alter for certain ceremonies, prayer and reflection. The root systems of all the beautiful trees are exposed from suspected mining of approximately 10,000 feet of topsoil, perhaps going into the development of the mansion-like homes in the vicinity.

Chief Perry explained clearly that not everyone in the area is against his efforts, but that fierce opposition does exist. He knows from experience to expect opposition, and hopes to have enough community support to win this very important victory, especially because what he is fighting for belongs to his people.

Anyone wishing to join Chief Perry and members of the Ramapough Lenaape Nation at the hearing in Trenton on Mon., Sept. 8 may join a convoy organizing at the Tribal Building at 189 Stag Hill Road in Mahwah, NJ. The convoy will be leaving at 10:30 sharp.

Everyone interested is strongly encouraged to sign the petition in favor of designating the land as Tax Exempt at ramapoughlenapenation.org