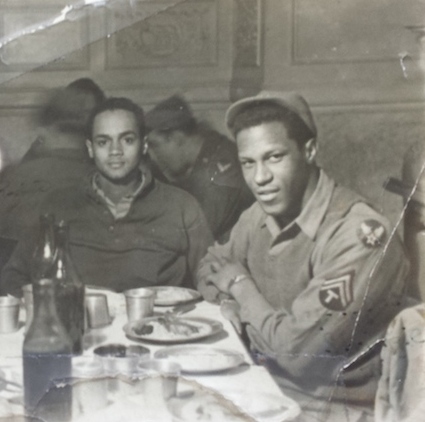 The African American Historical Society of Rockland County (AAHSRC) is collecting photographs of African Americans in the United States Military for a program in February, 2015.

In collaboration with the Rockland Community College’s Performing Arts Department and RCC’s African American History Month Committee, The AAHSRC  will present “I, Too, Sing America:  The Contributions and Challenges of African Americans in the US Military” on February 25th, 2015,  at 10a (for school groups) and at 7p for the community. The snow date is March 4, 2015.

This free program will give a glimpse of major achievements, contributions and difficulties faced by African American Service men and women over the years–through music, dance, film, drama, narrative, photo exhibit, and commentaries by former military personnel including General Colin Powell.

Photographs of relatives and friends–uncles, aunts, grandparents, parents, sons, daughters, etc.–in uniform are being sought for the presentation, which will include a video collage of African American men and women in the military during different time periods. The photos can be of individuals or groups and should be identified with the name(s), branch of service, approximate date and any other pertinent information that is available about the photo.

Digital scans can be emailed to wylenewood@aol.com or arrangements for photographing the picture(s) can be made by calling Wylene Wood at 845-362-2126.