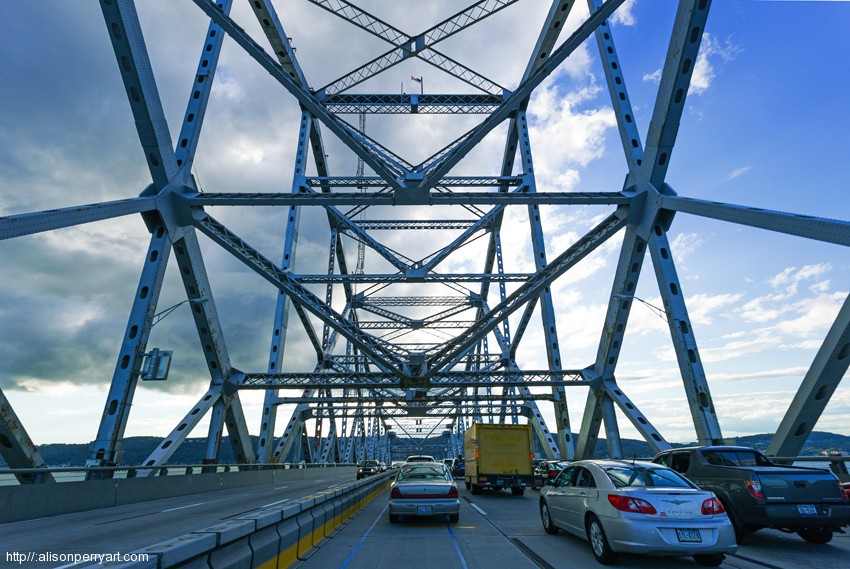 New York State Thruway Authority Chairman Howard Milstein was asked last month how high the tolls will go on the new Tappan Zee Bridge. The Chairman replied, “Do the math, and you’ll find out that it’s not going to be a high number.”

But doing the math is pretty much impossible when basic numbers about how the bridge will be funded are kept from the public and when requests for information are met with a sea of black ink that blocks out all relevant information.

Also, what is perceived to be a “high number” varies from person to person. Comments made by New York State officials have hinted that future tolls will be in the range of $10 to $14; other estimates have been higher. Conspicuously absent from this discussion is an estimated toll savings from the controversial Clean Water State Revolving Fund loan to the Thruway Authority.

Governor Cuomo’s June 16 press release rationalized the raid on clean water funds as a way to “help keep tolls on the new bridge as low as possible.” When the public and officials questioned the loan, the administration fired back that those who oppose the loans “must be in favor of higher tolls on the new bridge,” though no mention was made of how much these loans will reduce the tolls. But a rough analysis by TSTC of documents released after the New York State Public Authorities Control Board approved the loan on July 16, shows that the toll reduction could be as little as 8 cents per toll. Put another way, an eight cents reduction would represent a 0.057 percent reduction on a hypothetical $14 toll. Even when calculated over a period of five years—the life of the CWSRF loan—is this reduction worth the potential health risks and reduced water quality resulting from a raid of funds used to protect and maintain water quality throughout the state?

While many drivers would favor a toll reduction of any size, such savings must be weighed against costs. Communities like Mount Vernon in Westchester County are currently paying fines because sewage is spilling into nearby waterways, and the city has not been able to secure the funds needed to bring their infrastructure into compliance with the law. This example, which is not unique to Mount Vernon, begs the question: are the health risks and costs associated with poor water quality for the entire state balanced against the potential pennies saved by some tollpayers?

Crain’s reported that approval of these loans is “a decision that could have significant consequences down the road for tolls on the new Tappan Zee Bridge.” Given the paltry amount of information that is currently available to the public, that seems to be a hyperbolic characterization. What mustn’t be forgotten is that this is a decision that will have significant consequences down the road for water quality and human health. And what is the price of that? The public, and public officials, should ask if eight cents is worth it.

It is time that the administration release its grip on the financial information relevant to this New NY Bridge, and let the public decide what is, and what is not, of significant consequence—to the bridge, our communities and environmental health.

Nadine Lemmon is the Albany Legislative Advocate at the Tri-State Transportation Campaign, a non-profit organization working toward a more balanced, transit-friendly and equitable transportation system in Connecticut, New York and New Jersey