Television commercials, especially on basic cable, are not known for their haunting melodies and melancholic lyrics. Elmwood Playhouse flipped the script with the ad they created for Clifford Odet’s Awake and Sing, which opens on Friday, July 18. 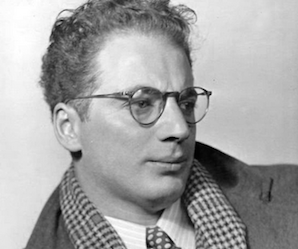 Odet was a major playwright and important Jewish voice in American theatre. He was a founding member of the Group Theatre, an ensemble that employed an acting technique based on the system devised by the Russian actor and director Constantin Stanislavski.

The approach was championed by Group Theatre director Lee Strasberg and became known as Method Acting.

Awake and Sing portrays the Berger family, an impoverished Jewish family pursuing the American dream in the Bronx. Set in the politically charged depression era 1933, the Berger parents scheme to manipulate their children’s relationships to their own visions of a better future, as their children question, struggle, and strive for dreams of their own. 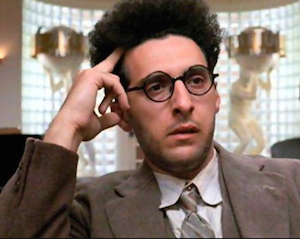 Many believe that Odet was the inspiration for the Cohen brother’s film “Barton Fink.” Fink was portrayed by John Turturro.

The Elmwood Playhouse production is directed by Alan Demovsky and runs from July 18th through August 9.

Tickets are available at ElmwoodPlayhouse.com

Elmwood Playhouse has staged almost 350 productions over the last 67 seasons to an audience of over 300,000. Driven by the devotion of over 1,800 people who have stood on the stage of this intimate 99-seat theater and the 140 people who have sat on the Board, the Elmwood Playhouse has kept that sacred theatrical oath, the show must go on, since 1947.

Advertisement. Scroll to continue reading.
In this article:Elmwood Playhouse