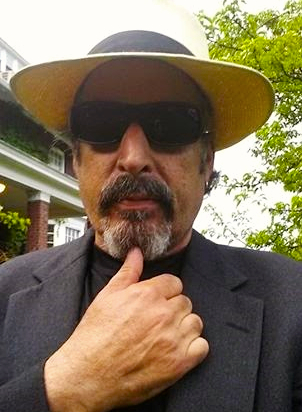 One of the most hackneyed phrases in the world is this: you can take the boy out of the city, but you can’t take the city out of the boy. A few years back, I was assigned to cover some wild fires that were ravaging San Diego County in Southern California. I flew from New York to San Diego and went right to work with my reporter on the fire lines. It was long, difficult, and sometimes dangerous work with little time for any rest, much less recreation. My reporter and I chased those wild fires (when they weren’t chasing us) all over San Diego County for days. When the fires were finally reported as under control, we were able to scale back our coverage, giving me the opportunity for a little “R and R” before catching a flight back home.

Rest and relaxing for me usually involves walking, especially if I’m in a place that’s worthy of exploration: the only way to really get to know a place is to walk it. To know it you have to feel it. And to feel it you have to sense it, literally. You have to smell it and taste it. And the only way to truly do that is to immerse yourself in it by walking all around the place. I do so wherever I go and whenever I can. So, with the few hours I had to myself I decided to walk around the fine city of San Diego, California.

I had been there once before as a young man. A brief stop in San Diego was part of a cross country adventure a friend of mine and I shared in the mid ’70s. I didn’t have a very strong recollection of the place except that it was a pleasant city with a mild “temperament”, like its weather. Besides, it had been so long since my return, the city surely must have changed. I endeavored to find out. I dressed as I always do for informal walking on warm days: cargo-style shorts, a tea shirt, usually with cutoff sleeves (for extra sun), sandals or walking shoes (depending on the terrain) and some type of lid. Down the elevator and out on the street I went, with no particular plan except to see what I might discover.

Someone had mentioned that the old part of the city, known as The Gas Lamp District, was were I would find the most interesting neighborhood. So, with a general idea of how I might get there, I set out for that as a destination. I was walking at a good pace, enjoying the warm California sun on my face and remembered thinking that after the tense nature of the assignment, it was a pleasure to walk with no other purpose except just that; walking. The street was relatively uncrowded and I enjoyed the feeling of freedom that I was experiencing. I’m sure that my gait reflected my mood . I was striding without a care in the world, sort of like I owned the place (think John Travolta in the opening sequence of “Saturday Night Fever”). Suddenly, I was aware of a something: two men across the street seemed to have taken notice of me. From their body language it appeared to me that they had seen me and were discussing something about me. I was not overly concerned. They did not seem threatening. Besides, I was too busy “owning” the street. But, as the City boy that I am, part of staying safe in any situation in ANY city is a sense of what is going on around you. So, I was aware of them. After a short time, I saw that one of the men crossed the street and was matching my pace, attempting to even up with me. Eventually, he caught up. I was surprised but not alarmed. He spoke up. Sir, do you mind if I ask you a question? Sure, why not?, I responded. Where do you come from?, he inquired. Well, I’m from New York. Without hesitation and ignoring me, he yelled across the street to his friend, I TOLD YOU.  I TOLD YOU. IT’S WRITTEN ALL OVER HIM!

In this article:new york city, The City