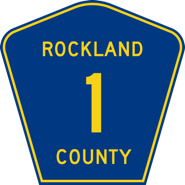 Rockland County Legislator Barry Kantrowitz questions that approach, asking if the premium is used to pay down the deficit, where will the money come from to pay the bond interest.

The County of Rockland faces a projected, unaudited budget deficit of $145 million.  To help move the county forward, my administration has undertaken a series of aggressive cost-cutting measures since January, including:  1)  the identification and correction of critical inefficiencies   2)  the ongoing “flattening” of the government workforce   3)  the borrowing of $96 million to help in reducing the deficit.

In March, Rockland County earned a premium of $11 million on the $96 million deficit financing bond.  This week, I sent an urgent letter to all county legislators calling for the swift approval of a resolution allowing the application of these monies directly to the county’s general fund deficit.

Our decision to use the premium to pay down the deficit demonstrates strict fiscal discipline.  This course of action, along with the county’s ongoing structural reforms, will be key drivers to an upgraded bond rating and a reduction in future interest costs.  These carefully considered efforts to restore the county’s fiscal stability will be widely recognized by the financial markets.

Opinions differ on the best use for the $11 million premium.  In different times, this Administration might have elected to set the money aside to cover future interest and principal payments.  But, these are not “normal” times. Rockland County is engaged in a protracted fight for financial survival.

Moody’s Investor Services and Standard and Poor’s rate Rockland County’s credit worthiness at one level above junk status.  We have been labeled as the most fiscally-stressed county in New York by the Comptroller’s Office.

With all the expert guidance we have received, I feel confident we are doing the right thing and the smart thing.  We cannot keep deferring the inevitable.  My Administration will not “kick the can” down the road, an expectation clearly endorsed in the November election.  By facing the hard choices and taking bold action now, we will build a stronger, healthier foundation for the future.

Ed Day is the County Executive in Rockland County, NY[/plain]

I have read Mr. Day’s article and his posts and others’ chastising the legislature leadership. I am not part of the Legislature leadership; in fact, I am the newest most junior member of the legislature having been appointed just this past January to fill Ed Day’s seat. Although I do not officially serve on the Budget & Finance Committee I have attended their meetings, including last week when the Finance Commissioner appeared and submitted a resolution to change the existing law on the use of the bond premium. I am compelled to respond to an unfair attack on the legislature’s leadership. The county executive’s rhetoric sounds compelling, but it is missing some facts.

The $11 million dollar deficit bond premium is not a surprise or a windfall. Everyone knew when the deficit bond resolution was initially passed that a premium was likely and the resolution specifically provided that any premium received would be used to reduce the financing cost of the bonds. The premium would cut the cost of the interest in the first 2 years after issuance which are 2015 and 2016. That has been the law applicable to the premium since Ed Day was on the Legislature.

When the $96 million in bonds were issued, they were sold with a 5% coupon. That means that the buyers are guaranteed a 5% interest payment over the life of the bonds. Since that rate is significantly above the market rate, buyers were willing to pay a premium of $11 million to secure an effective return of about 2.8%. The county executive initially touted this terrific 2.8% rate and then implied that the rate would apply even if the premium was used for something else, like to reduce the deficit. While the ultimate cost of the financing is the same either way, if we use the $11 million to directly reduce the deficit and not toward the reduction of the interest cost of the bonds, there has to be a plan to pay the full 5% coupon in 2015 and 2016. It’s not free money. If it is used for deficit reduction it cannot be used to pay back the interest on the bonds.

I have repeatedly said to the county executive’s representatives both formally at the Budget and Finance Committee meeting, and informally in the halls of the county office building, that I am not against changing the use of the premium, as long as there is a plan to deal with the additional $6 million dollar interest cost in 2015 and $5 million in 2016. What is the county executive’s plan? Is it to raise taxes to increase revenues? If so, which taxes? Property, sales, mortgage, energy or something new? Is it to cut expenses to meet the additional cost in 2015? If so which departments? What services? What work force reduction? What costs?

These are not difficult questions IF there is already a plan in place to deal with the new decision to change the use of the premium from interest reduction to deficit reduction. But, to date, there has been no plan disclosed. Why? Maybe there is no plan yet? If there is no plan yet, then by making this change, we are doing exactly what Mr. Day says he doesn’t want to do—and that is kick the can down the road for another year to make a plan.

I tried to understand why this is so important and now, 5 months into the year, has become a rush rush item for the administration. The answer may simply be politics. If the bond premium is used to reduce the deficit, Mr. Day takes credit for an $11 million dollar deficit reduction and then in 2015 when taxes have to go up to cover the interest costs not being paid by the premium, Mr. Day blames the Legislature for having to raise taxes to cover the cost. [/half] [/full]The proverbial can is effectively kicked into the “taxpayers’ can” and as an added bonus for Mr. Day, it happens in a year when the entire Rockland County Legislature is up for election.

If the premium is used as it was originally intended when Mr. Day was a legislator, then the problem of deficit reduction through both revenue raising and cost reduction needs to be dealt with anyway, but without the fabricated urgency (Monday) that Mr. Day claims now exists. This is an urgency created by his own administration not being able to answer simple questions about what the plan is to deal with the change.

Again, I want to be very clear: I am not against Mr. Day’s idea, but I need to know the rest of the plan—not just “I will tell you later.” The answer of “I will figure out a plan later” is not a justification for changing an existing law that Mr. Day acknowledges is perfectly reasonable and acceptable. The county executive admits repeatedly that applying the premium to interest cost instead of deficit reduction is not “wrong.” He says repeatedly that both choices are ok, but he certainly makes it look like the Legislature is at fault for not jumping at his suggestion immediately, when in reality there has been no plan put forward to justify the proposed change.

I call upon the county executive to set forth his details on how the $6 million of additional 2015 interest costs and $5 million of additional 2016 interest costs are going to be made up if we apply the $11 million bond premium directly to the deficit. If there is a plan why keep it a secret? If it is viable, I would support the county executive in his decision. If there is no plan, then let’s get together to create one, because the people deserve action more than rhetoric.