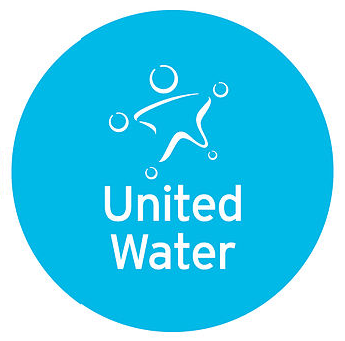 United Water New York will have to put their desalination plans on hold until at least 2020. The New York State Public Service Commission announced on Thursday that a date to make a decision about Rockland County’s long term water needs will be pushed back from 2015 to 2020.

A groundswell of opposition to the plant over the past three years prompted the PSC to re-examine UWNY’s case to build a desalination plant in Haverstraw on the Hudson River.

United Water says they will continue to seek approval of a rate hike to the cover construction costs of a pilot plant on Haverstraw Bay. “We expect that our surcharge will be granted,” United Water’s Steven Goudsmith told the Journal News. “The long-term water supply project was in compliance with a PSC order and is an investment on behalf of our customers,” he said.

“Even though the state has announced Rockland county’s demand for water has decreased, United Water New York continues to pursue $60 million dollars through a surcharge to build a desalination plant Rockland County does not need,” said Rockland County’s NYS Senator, David Carlucci. “Instead of working on conservation efforts to help continue to lower the demand for water in our county, United Water New York is willing to spend millions of our hard earned money on a bone-head plan to make Hudson river water drinkable. And why? The profit hungry corporation sees rivers of money for its executives.”

Staff’s recommendation is, therefore, neither a full acceptance nor rejection of the 2006 need determination. Instead, Staff proposes the Commission incorporate the more recent years of demand information now available and modify its 2006 Order accordingly. Specifically, Staff recommends that the Commission suspend its 2015 deadline for the new water supply going online, while instructing UWNY to continue to pursue the necessary permits for construction before DEC. Construction of the Project should proceed only if specific conditions relating to demand are met, as was done with the Ambry Pond permit. This will allow the Company to act quickly should the need for a new water source become imminent but avoid the construction of a project that may not be needed if demand again fails to meet projections.

The suspension of the construction deadline will also allow opponents of the Project the opportunity to demonstrate, through their actions, the validity of their arguments. This recommended course of action provides the County and local municipalities with the time to implement promised conservation statutes that are designed to reduce demand and may delay or prevent construction of the Project. However, in the event that those measures prove ineffective, or something unforeseen occurs to increase demand, the Project can still be constructed in time to avoid devastating and prolonged water shortages in Rockland County.

Despite ruling that short term water supplies are sufficient, the commission encouraged United Water to continue to pursue the permits required to build the plant should Rockland’s water needs change expectantly over the next several years. “Construction of the project should proceed only if specific conditions relating to demand are met. This will allow the company to act quickly should the need for a new water source become imminent but avoid the construction of a project that may not be needed if demand again fails to meet projections,” wrote the PSC in their May 22 Proceeding on Motion of the Commission to Examine United Water New York’s Development of a New Long-Term Water Supply-Source.”

“Instead of working on conservation efforts to help continue to lower the demand for water in our county, United Water New York is willing to spend millions of our hard earned money on a bone-head plan to make Hudson river water drinkable. And why? The profit hungry corporation sees rivers of money for its executives.”

Rockland ratepayers deserve an impartial look at the finances which are driving United Water’s request for a surcharge.

We’ve had a problem with hidden facts and lack of transparency from the very beginning of this process, going all the way back to the Draft Environmental Impact Statement. In fact, United Water has actually taken the position that public opposition and lack of support from elected officials have slowed this process down, making it more expensive for them, and by extension, the ratepayers. I find that to be more than a little crazy, and shows that United Water seems to be making a terrible business decision. To proceed with a project such as this when the vast majority of the public and elected officials oppose it?

I find it insulting that United Water feels entitled to protection from public opposition. In fact, if they were they an electrical utility, they would be required under State law to actually fund the outreach of stakeholder groups. This law should — but doesn’t — include water companies. But most importantly, the public has the right to oppose a project. The right to speak against a matter lies at the very heart of our democracy and our Constitution; it’s precisely what makes us a free people. Our free speech should never come with a price tag.

Even more insulting: it was United Water themselves who delayed the process by years with the submission of an inadequate Draft Environmental Impact Statement — and then took more time to submit the second version. There was widespread agreement that the second submission was equally inadequate, lacking both transparency and justification for the project as found in the often cited excellent study by EcoNorthwest. Of note, the study highlights United Water’s failure to adhere to best accounting practices. This has become a theme, which reemerges in this surcharge case. It runs through the needs case and the rate case. The Public Service Commission might separate all of these cases –but they don’t exist in a vacuum. When considered as a whole, United Water appears to be consistently hiding or covering information. When will we get our state agencies to provide an impartial accounting? Why can’t we get an audit or a prudence proceeding from the PSC? Why couldn’t we get an issues conference from the DEC? Perhaps it’s because the lobbyists that United Water audaciously asks us to pay for, are getting their job done. I demand that our State oversight agencies do a better job of protecting us. I invite United Water to join with us to arrive at a comprehensive water plan that the public will accept. Believe me, United Water will get more holiday cards if they’re working for the good of the ratepayers.

This collaborative approach will be possible with the upcoming formation of the Rockland County Joint Task Force on Water Resources Management, which will soon be in place. I’ve been told that United Water wants to participate. I want them to know, we not only welcome them. We need them.

Harriet Cornell and I have prepared a draft resolution addressing the establishment, mission and structure of the task force. We are working closely with our county executive, who has been a willing partner in the preliminary talks. This will be a collaboration of both the legislative and executive branches of county government. We will release all of the information as soon as this is jointly approved.

It turns out that in 1999, the Legislature established what was then known as the Rockland County Water Board. (We’re changing the name for obvious reasons). I’ll read an excerpt from the legislative intent which shows how little has changed in 15 years. “The takeover of United Water by the foreign conglomerate Suez Lyonnaise De Eaux, makes it essential that Rockland County take charge of its own destiny with regard to the protection of its watershed and supply of pure water to its residents … it is the desire of the Rockland County Legislature to investigate and assemble relevant data relating to the water resources available to the County of Rockland both from within and without and to evaluate the existing facilities.”

The new legislation will do just that. It will rescind the 1999 legislation and create in its place a joint task force with a targeted mission – to develop a long-term county water plan that ensures safe, long-term water supply for Rockland County; to investigate, assemble and examine relevant data relating to both existing and proposed water resources available to Rockland County; and to report its findings conclusions and recommendations to the Legislative and Executive Branches of the Rockland County government.

I’m also in the process of enacting simple, common sense water conservation measures that will ensure a safer water supply, especially during dry periods. Lets not lose sight of the fact that Rockland has ample rainfall; we’re not a water-deprived area, and we mustn’t allow anyone to perpetuate that message. We do, like many other places, face occasional seasonal stresses, as noted in the often quoted report by Paul Heisig’s for the United States Geological Survey. These measures will get us through those periods. As the Water Resource Task Force becomes established, we will benefit from more permanent solutions. 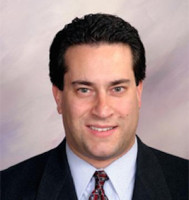 Let me repeat: we welcome United Water as partners in this effort to use transparent, scientifically viable data to provide Rockland with the highest quality, most affordable water supply. I make this promise to United Water–you will make a profit. The regulatory system guarantees that. But you must work with us to put an end to the escalating costs that the surcharge case so painfully brings home. Rockland can not afford to have its water rates double, or triple, or quadruple. This would be a financial disaster for our residents and our businesses and cut the legs out of our economic development efforts.

The plan United Water proposes lopsidedly enriches the shareholders of Suez, while stressing our communities. We must balance this equation in favor of our ratepayers and businesses. The task force will be taking a holistic view of our water supply, so that we can address flooding, drainage, disposal and more because as we know, water can’t be compartmentalized. As it seeks its own level, Rockland will gain: high quality water at sensible rates, healthy businesses, and water system that will be the envy of our region.

Alden Wolfe, Chairman of the Rockland County Legislature, spoke on May 22 at an Orangetown Public Hearing on United Water New York’s request for a $56.8 million surcharge.