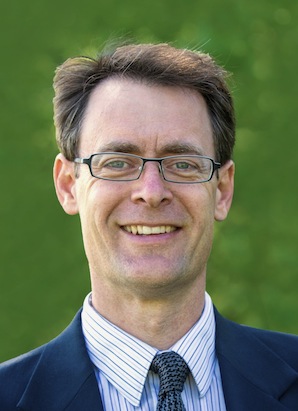 I oppose the surcharge mainly because the purpose is to recoup expenses already incurred for the proposed desalination plant that is not needed nor environmentally responsible.  The surcharge is indefensible for a number of reasons.

1. Failure to reassess proposed project:  Despite years of growing public opposition, UWNY has not stopped the project nor even delayed it to re-test its assumptions that it is necessary and/or supported by the public and elected officials.

The Town of Orangetown will hold a public hearing on May 22 at 7:00 p.m. to allow residents to voice their concerns over United Water New York’s request for a $56.8 million surcharge.  A formal record of the hearing will be submitted to the Public Service Commission which is now hearing this rate case.

UWNY continued to incur significant costs on the proposed desal plant despite growing opposition.  After DEC did not grant final approval of their DEIS, UWNY should have sought to reconsider the project or reconfigure it rather than to simply stay the course and continue to expend large amounts of rate payers money.  Based on a spreadsheet submitted to the PSC by UWNY, a conservative estimate of over $9 million was spent by UWNY in 2012 and the first three months of 2013.  How much has UWNY spent since April of last year?  We have yet to find out but we will no doubt be billed for it.

2. Improper Expenses – UWNY was charged by the PSC to conduct outreach and education, not disseminate advertisements for the desalination project.  Because UWNY requested to the PSC that certain expenses be kept confidential in their filings, the public only has access to details for $38,931,252 of the total $56,800,000.

Excluding the expenses that UWNY sought to be designated proprietary and therefore not available to the public, UWNY spent $2.06 million on a number of public relations, marketing, polling, advertising, media and lobbying firms.  The PSC need only review the actual ads that appeared on cable TV, online and in the local newspapers to realize that this was a campaign to promote their proposed desalination project, not to inform or educate ratepayers.

3. Impact of Surcharge on Ratepayers – According to a chart filed by UWNY, the surcharge represents a 37.2% increase over four years, or 9.30% per year.  This may not be a big increase for some residents but for many on fixed incomes it is.  This increase does not pay for better quality water or more supply; it pays for sunk costs incurred for the expenses related to the desalination pilot project and plant.

4.Lack of Credible Budget – It was only earlier this year that UWNY finally submitted a comprehensive construction budget to the PSC for the proposed desalination project.  Costs have escalated from UWNY’s original estimate of $98 million to $152 million today; an increase of 55%.  It will be PSC’s task to determine whether UWNY actually budgeted for $56.8 in preconstruction costs or whether these expenses represent cost overruns.

I strongly urge the PSC to reject UWNY’s request for ratepayers to absorb the surcharge costs.  UWNY shareholders increased their dividends 50% from $4million to $6 million last year; they should share in the risks as well; the surcharge is rightly their cost.

Andy Stewart is the Town Supervisor in Orangetown, NY.