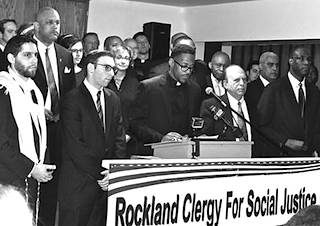 Religious leaders from Rockland County head to Albany on Wed Apr 30 to escalate their protest against the Hasidim administering the East Ramapo public schools. They want Governor Andrew Cuomo to seize control of the district from its elected board, alleging the yeshiva parents who serve on it are shifting funds from the predominantly minority school system to Jewish religious schools.

Later this week the NYS Department of Environmental Conservation is set to determine which municipality will be the lead agency in a bitterly contested environmental review  in the Town of Monroe.  At stake is the annexation of 507 acres of undeveloped land to the Satmar Hasidic village of Kiryas Joel in Orange County.  The annexation would increase the nearly 25,000 person community’s population by 15,000 and produce new zoning guidelines for the land that would permit construction of a thousand large apartments for big Hasidic families.

Toxic runoff from a battle over a proposed 396-unit Hasidic townhouse development in Sullivan County is playing a role in a state Department of Human Rights investigation of anti-Semitism in the Pine Bush School District.  The potential influx of Hasidim has local residents demanding changes in state Education Law to diffuse the ability of new residents to elect representatives to the school board.  They say they want to prevent “another East Ramapo.”  Earlier this week, village officials opposed to the Hasidim shut down the community’s Jewish ritual bath and issued stop work orders for a Kosher restaurant and Judaica store.

Once mostly local disputes, these new flare-ups between the Hudson Valley’s Hasidim and their neighbors are ensnaring a growing number of state agencies, placing the region’s volatile debate over development, religious freedom and public education at the center of New York politics in a high profile election year.  While Hasidim in New York City jockey for political advantage like many other ethnic communities, nasty debate over the community’s explosive expansion in Orange, Rockland and Sullivan counties is the dominant story in the region, whose newspapers thrive on exploiting the conflict.Political operatives aiding Rob Astorino, Cuomo’s likely Republican opponent, have already reached out to the region’s locals for advice on how to tap into the anxiety about  Hasidic development.  Astorino himself has masterfully exploited anti-housing sentiment as Westchester’s County Executive, balking at a federal court order to permit high density housing for the poor in the county’s most affluent precincts. 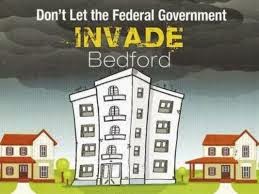 Democrats and Republicans have long courted the disciplined strength of the Hasidic “bloc” vote, a reliable ally for governors in political need. In 2007, New Square switched its thousands of votes from the incumbent Republican district attorney to his Democratic challenger after an in-person request to the Grand Rabbi from then-Governor Eliot Spitzer.  Republicans hit the jackpot in 1999, when then-Governor Pataki successfully negotiated with Orthodox leaders on behalf of the GOP and held a critical state senate seat for his party.  It remains nearly impossible to get elected to the Supreme Court in the 9th Judicial District, which stretches from 85 miles from Yonkers to northern Dutchess County, without the endorsement of Hasidic leaders.

Preserve Rockland, a third party formed by some Democrats to counter Hasidic voting strength, backed Republican Ed Day in his successful county executive bid last year.  The party’s line captured 12% of the vote in its first electoral outing, which combined with Republican votes to overcome a 2 to 1 Democratic voter enrollment edge.  The Democratic candidate, backed by the 13,000 vote strong Orthodox bloc would have won the race but for the third party’s endorsement of Day.  In Suffern, miles away from the Hasidic areas, the Preserve Rockland candidate for mayor almost beat a popular Democrat.

In March, the incumbent mayor of Bloomingburg, the Sullivan County community with the  controversial townhouse project, was defeated by anti-Hasidic forces.  The project’s developer accused opponents of anti-Semitism and invoked the Holocaust.  The FBI is reportedly investigating allegations Shalom Lamm fraudulently registered dozens of yeshiva students to vote in the election by claiming they were village residents despite slim ties to the community.  An expected legal tussle over the election in State Supreme Court fizzled when the developer declined to contest the voiding of the allegedly fraudulent registrations.

The Hasidim are fortified by demographic trends that seem to make their dominance in the region’s politics an inevitability- the same trends that agitate those determined to stop them.  Population growth in the three exclusively Hasidic Villages of Kaser (Rockland), New Square (Rockland) and Kiryas Joel (Orange) averages 5% per year.  The community’s leadership has begun planning for the long game, worrying a bit less about beating Hasidic opponents in the short run and more about mapping a long term strategy for how to manage its substantial political clout. 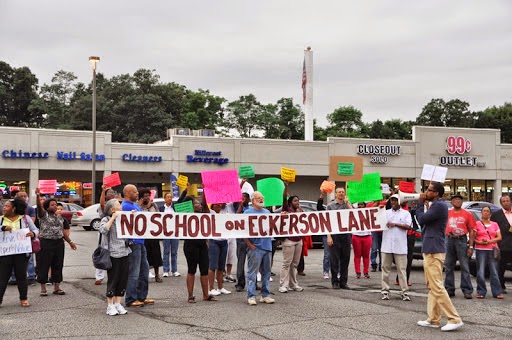 The group’s attack on Day’s divisive rhetoric was backed up by David Greenfield, a powerful New York City councilman from Brooklyn, who said the comments “bordered on anti-Semitism.”  The significance of Greenfield’s statement was clear: the city’s Orthodox Jews,which send 100,000 children of their own to urban yeshivas every day, will stand in political solidarity with the suburban faithful.

The Price of Spiritual Survival

Religious historians will have better hindsight to understand today’s explosive Hasidic growth rate.  Vibrant but insular communities, the Hasidim replicate the worldview, dress and social customs of pre-World War II Eastern European religious Jews.  Tethered to the leadership of dynastic rabbinic families, the Hasidim have avoided the intermarriage, delayed marriage and assimilation that is roiling the larger American Jewish world.

By spreading a protective bubble of cradle-to-grave social services (augmented by taxpayer funds), new synagogues and dense housing where married children can continue to live close to their parents, the Hasidim drown out the cacophony of temptation that can lure the committed from their path.  Non-Orthodox Jews may question the virtues of these self-imposed ghettos, but they offer nearly ironclad assurance for the continuation of traditional rituals and the creation of new Jewish families.

The price of this spiritual survival strategy is the fierce enmity of those being displaced by the community’s unexpected growth.   But another reality, never reported by the media and rarely articulated by Hasidic leaders- is that the Hasidic boom has created some of the region’s strongest commercial districts and generated employment for thousands of non-Hasdim. 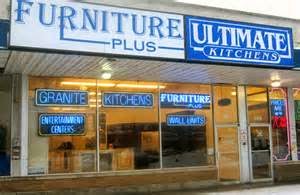 Building permit and inspection fees from the Hasidim are a financial lifeline for the fiscally stressed Town of Ramapo. There is continually increasing demand for commercial office space in Kiryas Joel, where community members are opening businesses close to home.  While critics attempt to draw a direct line between rising regional social service costs and the growth of the less affluent Hasidic population, a fair analysis requires measuring the community’s economic output as well.  And while new synagogues and schools are exempt from property taxes, the loss in revenue is more than made up for by taxable new commercial and residential buildings.

Hasidic leaders say it is inadequate state education aid rather than any sectarian strategy that is responsible for a East Ramapo’s troubles.

As the Hasidic population grows, it also faces the broader challenge of whether it will elect its own members to high ranking public positions.  An age-old Jewish text, Ethics of Our Fathers, instructs Jews to “avoid intimacy with the government.”  The Hasidic governing boards of the all-Hasidic municipalities are decidedly low profile.  But other Hasidim see public office as a way to both protect their communities interests and, potentially, build bridges to some of the community’s present adversaries. 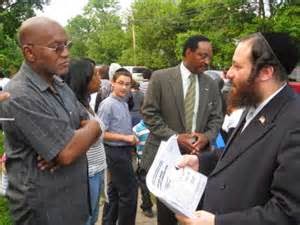 Last September, Rabbi Israel Hager, one of the community’s most influential rabbinic figures, urged his followers not to back a fellow Hasid for Mayor of Spring Valley, a hotbed of ethnic politics with a growing though not yet dominant Hasidic vote.

Hasidic leaders also ambushed the 2012 campaign of Aron Wieder (right), a Hasid who ran for the State Assembly in a new barbell shaped district connecting Hasidic population centers in Rockland and Orange.  The Hasidic leadership in Orange County backed Wieder’s non-Jewish rival and rabbis in Wieder’s home base in Rockland kept most of their followers home.   They were not ready for New York’s first Hasidic state legislator.

Ryan Karben is an attorney and public affairs strategist who served as a Rockland County Legislator and State Assemblyman from 1998 through 2006. Ryan blogs on politics and policy at karbencopy.blogspot.com.