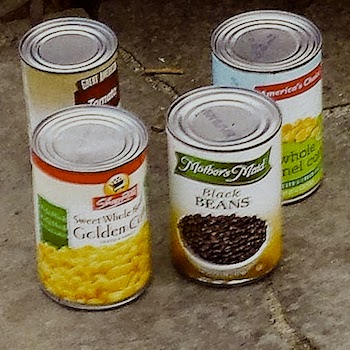 The bus stop is located on the edge of town. As far as bus stops go, it is better than most. Situated on a corner at a traffic light, it is handsomely landscaped with two wooden benches and a well-made, low stone wall to sit on while waiting for the bus. Thanks to the two large trees that share the space, it is also nicely shaded. Unlike most bus stops that tend to be cramped, dirty places, this one is open, airy, and welcoming. However, it does have one thing in common with the others; the people who ride the bus.

Virtually everyone has ridden the bus – at least one time in their lives. However, for most of us, in this day an age of the motor vehicle, riding the bus is a rare occurrence, an anomaly. Most people own their cars and use them with startling regularity. Yes, many of us commute to work via the bus and mass transportation. Yes, many of us ride the bus when the car is in the garage. However, the great majority of people who RELY on the bus for their ONLY means of transportation are the folks who can’t afford to own or maintain a motor vehicle, i.e. the working poor. We see them waiting for the bus, at any time of day or night, carrying shopping bags or with their children in tow. English is often the second language. In the heat of a summer swelter or freezing in the bitter winter cold, they wait for the only means of transportation they can afford; the bus. This stop is no different.

What was unusual on this particular evening was that, despite the pleasant early Spring weather, the bus stop was deserted. It was around 7 pm and I was taking one of my sojourns from my apartment and into the village. As I strolled by, I noticed that not a soul occupied the space. No one. Unusual, I thought, for that hour of the evening, especially since the stop lies on a busy route. But, it certainly was not bustling on this particular evening. I would have strode right by it had something not caught my eye. I noticed four objects lying on the stone wall. I screeched to a halt to wheel back around to get a closer look. The light was fading and my curiosity was piqued. As I approached I could clearly make out that they were cans; two cans of corn, one can of beans, and a can of tomato soup. They displayed the Shoprite label and were probably from of four for a dollar sale. No big deal, really.

But, I thought to myself, this is strange. Why were they there? Had someone forgotten to carry them onto the bus when they left? Did they fall out of someone’s shopping bag? After a moment or two of playing amateur detective, I realized that they were not just LEFT there, they were PLACED there. Someone had left them there deliberately. The only thing left to ascertain was, why? Then, it struck me. Someone had realized what I had, as well: most of the people who rode that bus were not people of means. In fact, some of them may have been downright poor and, possibly, even hungry. Perhaps, the giver had even met someone at the stop who WAS hungry and was too proud to beg for money or food. Well, just maybe, this was one person’s small gesture of generosity. Quietly, anonymously, someone offered sustenance to another, hungry human being. It was so simple. So easy. So inexpensive. And, yet, so sublime. So brilliant. Bravo, brother and/or sister, bravo.