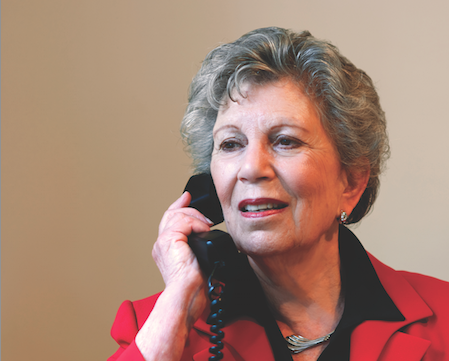 “There are too many unanswered questions, resulting in a lack of transparency that obstructs the public’s basic right and need for information,” says Cornell. “The PSC should reject the request by UWNY that surcharge expenses be paid for by ratepayers.”

Here is the text of Cornell’s letter to the PSC:

I am writing to express my opposition to the request by UWNY to charge rate payers for the $56.8 million that UWNY had spent as of July, 2013 on their proposed desalination project.

UWNY has not to date provided a budget nor essentially any detail on the proposed capital costs for the desalination plant. The only source of cost information is the DEIS which devoted a scant two pages to the topic in a document well over 775 pages. Most of the DEIS discussion of cost is an explanation of the water rate approval process. In terms of specific development costs for design and construction of the plant, there are none. The DEIS simply states it will cost between $139.2 to $198.3 million. The $50 million or 35% spread is explained: “The final cost of the project depends on final design and permits and site plan approvals.”

It is incredible that the standard cost categories for a capital project are not shown: architecture and engineering costs, land acquisition, approvals, geotechnical testing, legal fees, interest, construction, overhead and profit, and contingency. The report by economic consultants ECONorthwest corroborates this when they state in their review of UWNY’s projected costs that the DEIS lacks “transparency and documentation regarding the data, assumptions, and analytical methods used to generate the cost results. By excluding such basic details, the authors of the cost sections of the DEIS report results that lack credibility as a source of information for decision makers and stakeholders.”

When the DEIS was released in January 2012, the pilot project was operational but those specific costs are not listed separately in that document. We learned from the Joint Proposal in the 2010 Rate Case (No. 09-W-9731) that UWNY spent $16 million for the pilot project. The DEIS is silent on whether those costs are included in the figures for the design and construction of the plant.

An applicant who is seeking any but the smallest grant from a governmental agency has to submit a budget in accordance with that agency’s budget requirements. When an applicant is seeking a loan or grant for a capital project, there is typically more detail required and standard expenses that must be projected. Look at the level of detail required by any funding application for the EFC or the Governor’s CFA process. Without this specificity, funders cannot make defensible decisions.

This surcharge request raises several questions: first, where is the proposed budget for a project estimated to cost between $139 and $180 million? Secondly, how do the costs that UWNY states they have already incurred for such project relate to their budget? And finally, has UWNY managed to control their costs as stated in their budget and if not, what is their explanation for cost overruns?

One must assume that UWNY has submitted a budget with such detail to the PSC in order for your analysts to review and evaluate the reasonableness of their expenditures; otherwise your staff can only review costs against a generic standard like Means Construction Costs. The public, however, has never been privy to such information; therefore we can only ask that you reject their request that $56.8 million of surcharge expenses to be paid for by rate payers.

Harriet Cornell is the Chair of the Environmental Committee of the Rockland County Legislature.