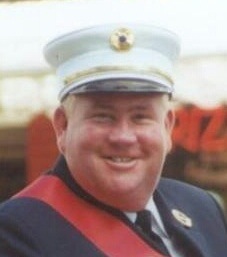 I am running for re-election to the Board of Fire Commissioners of the Nyack Joint Fire District. Since 1999, I have served the Board as Chair. Since being elected, my goal has been to protect the lives, property and tax dollars of the residents of the fire district. In the last four years, we have been able to reduce the annual budget by $340,000 – a substantial savings of 20%, while maintaining services. Most municipalities are speaking about year-to-year increases. The Nyack Fire District has seen reduced spending year-over-year under my leadership.

I have lived and worked for my entire life in the geographical jurisdiction of the Nyack Joint Fire District. As owner/operator of Hannemann’s Funeral Home for the past 30 years, I have come to know the residents, businesses and organizations of Nyack. I have been an active member of the Fire Department since 1975 and have held the office of Lieutenant, Captain, President and Commissioner. In addition to my role as the President of the Nyack Fire Patrol, I was honored to have been recently named Honorary Battalion Chief of the Fire Department.

The list of Officers and Senior Members of the Nyack Fire Department below endorse Keith R. Taylor as the best choice for our community and the Fire Department to protect everyone’s best interest and to keep both firefighters and neighbors safe:

When I became a commissioner in 1999, the Fire District assumed the debt of approximately $1,800,000 for three fire trucks purchased by the local villages prior to the creation of the fire district. As of December 31, that bond will be repaid.

In addition to managing that debt burden, the commission has overseen the acquisition and construction of a new Firehouse on Park Street that replaced a 130 year old, dilapidated firehouse with a modern structure that houses equipment and two separate fire companies. The Fire Department was one of the first to utilize the local development corporation as a development tool.

The firehouse is leased out and the costs of the lease are equivalent to the debt service on the outstanding mortgage.  The outstanding indebtedness has already been reduced by almost $500,000. Two years ago, I renegotiated the interest rate with the mortgage bank and reduced the monthly mortgage payment by $8,000 – for a savings of $96,000 per year. That reduced rate is 3.48% and will hold until the mortgage matures in three years, before the full balance has been paid off.

However, if this year’s Bond Proposition is approved, the rate will hold even after the maturity date. As the Fire District would then capitalize on the bond rates being at all time lows and lock in the 3.5% interest rate for the balance of the loan. The current $3,000,000 mortgage debt will effectively be refinanced, thus, locking in the annual savings, year-after-year, for the benefit of the Fire District’s taxpayers.

I want to continue my service to the taxpayers and residents of the Fire District to improve the dilapidated and failing Upper Nyack Firehouse with a new roof, bell tower, brick pointing and energy efficient windows.  Since bond rates are at historic lows, the Fire District wishes to secure $400,000 for improvements to the Upper Nyack Firehouse to ensure that the area is properly served, in meaningful fashion. I can do this in a way that still reduces the budget.

I am also working with the New York State Thruway Authority and the Tappan Zee Bridge contractors to secure a rescue boat for the Fire District. The current boat is 30 years old and is the only boat available during winter months.  Replacing that boat, while maintaining current service levels, at no or little cost to the taxpayers will be a priority for me if re-elected.

I humbly ask for your vote so that I can continue to protect lives, property and our hard earned money.