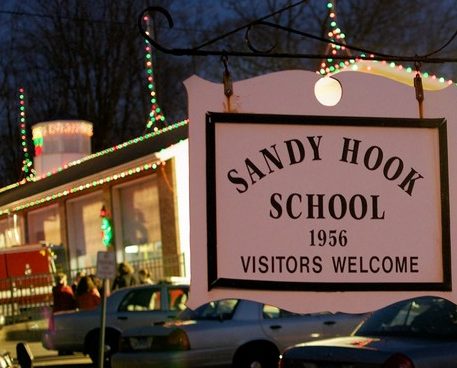 The first anniversary of the horrific loss of life perpetrated by a mad gunman at Sandy Hook Elementary School in Newtown, Conn. rapidly approaches. I am not here to write about gun control. What I would much rather discuss is how a young man, one with an innocent, young boy’s smile becomes a monster capable of inflicting such unspeakable horror.

The Attorney General of the State of Connecticut released an abridged version of a report earlier this month on the massacre that occurred at the school. In addition to a time-line of the events that took place there, the report also gave some limited information on the background of the Adam Lanza, the 20 year-old perpetrator. The report made clear that Lanza was a seriously disturbed young man and had been so for a while. Why his mother, Nancy Lanza, decided to enable this disturbing behavior is a question that will never be adequately answered because the mother was the son’s first victim.

It’s unfathomable to me that Nancy Lanza didn’t seem to have any concerns about providing this disturbed young man with a arsenal of weapons. I have read previously that Mrs. Lanza was raised on a farm and a “country girl” accustomed to hunting. I also understand that she used her knowledge and familiarity with firearms connect with her son. In and of itself, this would not seem odd – many women hunt with their families. However, the fact that she would expose not only this young man, but through him, the world, to such a dangerous mix of firepower and mental illness is unconscionable. She paid the ultimate price for her egregious mistake; her son shot her in the face.

The report noted that mother and son had an unusual relationship for two people living under the same roof: they only communicated through email. There was no direct, verbal communication between mother and son, despite the fact that they were the only ones living in the house. Adam Lanza completely cut off communication with his father and older brother. Every window and entrance way into his room was covered by thick, plastic bags, preventing anyone from entering or even seeing in.

Forgive my rather blunt vernacular, but WTF?! This type of behavior was not only a sure sign that something was seriously wrong with this young man but that the problem went on untreated for far too long. No child should be allowed to have that much control as to withdraw that completely from the world around him!!! It is, obviously, a recipe for disaster.

When I was a kid growing up, my brother and I shared a room. My sister had her own. My parents had theirs. All three rooms were on the same floor with a total of maybe a few feet separating each entrance. In other words, privacy was scarce. Still, GOD FORBID, you should try to close your door at night – even to sleep. It was NOT ALLOWED – closed doors isolated you from the family. This was most clearly understood. You never shut the family out of ANYTHING. Oh, my brother, sister, and I got into many an argument with my mother over the “privacy issue,” losing every one. Reasoning didn’t work. Neither did stealth. If you tried to close the door while she was sleeping, that motherly “sixth sense” (or is it “sick sense?”) would kick in. Not only would she fling open the door to your room, she made sure that you knew it wasn’t going to happen again. Period! If she had to wedge herself in the portal to keep that door from closing, well, damn it, that’s what she was going to do. We were a family and we were staying as one. No one isolates from the family.

Another thing my parents didn’t believe in was the punishment of “grounding”, i.e. being prevented from leaving your house except for essential activities like school. It did occur in my household, but rarely. Instead, transgressions were dealt with swiftly and effectively. When you did something wrong, you knew about it right away and the lesson (i.e. punishment) usually followed just as rapidly. There were no linger issues and, therefore, no lasting resentments. It may have involved a quick smack on the ass, but there were no long term recriminations. Grudges were not allowed to fester. And passive-aggressive behavior (i.e. “the silent treatment”) was also deemed unacceptable. To this day, my mother will not accept silence as a means of expressing displeasure. Communication was, and still is, the key.

Some might call this “old-fashioned” parenting. I’m 58 and my mother, Stella, is nearly 90, so, I guess that it is. But we can also call it effective parenting. My family has certainly had its share of calamity. Every family has. However, to my knowledge, we have produced no mass murderers. My brother and I were always wild enough (which, to a degree, was even encouraged by my parents) but we also had a strong moral compass, instilled through the discipline instituted by both of our folks.

I have to believe that, like many so-called modern parents, Nancy Lanza, in an effort to win her child’s affection and loyalty, removed the checks and balances needed for a young person to grow within a truly healthy and safe environment. Many divorced parents like Lanza over-compensate for the pain they believe their separation has caused their child and indulge their every whim. I’ve seen it happen. In the Lanza case, it was extreme (see: plastic bags blocking access to your room). For young people, too much freedom is not necessarily a good thing.

A photo of Adam Lanza was published when the AG’s report was released revealing a bug-eyed young adult looking completely deranged. However, there is another photo of him that intrigues me more. He appears to be about eleven or twelve in that photo. He is looking at the camera holding up his hand as if to wave, a shy smile on his boyish face. This face of innocence eventually became one of a mad fiend. But, once, he was just a boy. A boy seemingly like any other. How did he change? When did he change? Why did he change? I’m sure that the divorce of his parents crushed this sensitive kid. But many other children have experienced the pangs of a bitter divorce and subsequent separation and do not resort to mass murder to express their rage. We will never know for sure.

However, this is what I do know: we must talk to our children until you reach them and never stop trying until you can do so. Never take “no” for an answer. Never let them isolate themselves. Perhaps, if Nancy Lanza had not allowed her son to exclude her from his life, Adam Lanza would not have acted with such indescribable hate. It just may be a matter of life and death.

In this article:newtown, NRA, sandy hook