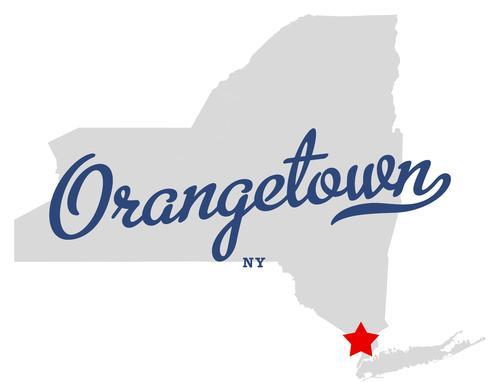 (Updated 11/4/2013) This Tuesday’s election is vital to Orangetown’s future. It will affect your access to town services, your taxes, and your quality of life.

The Democratic ticket of Andy Stewart for Town Supervisor, Annmarie Uhl and Dan Salmon for Town Council, Chris Smith for Receiver of Taxes, and Charlotte Madigan for Town Clerk offers an outstanding set of candidates with diverse backgrounds and experiences. Andy Stewart is a Nyack resident who was first elected two years ago as Town Supervisor (the first Nyack resident in memory to hold that post) following a decade of service to our community as CEO of Keep Rockland Beautiful. He’s kept the town budget under the New York State Tax Cap, led the fight against United Water’s misguided desalination plant and he’s created a more open and responsive Town Hall (including getting the Town Board meetings on local TV to make it easier for those of us on this side of town to more easily keep tabs on our town government). But he’s also the only Democrat on the Town Board right now and that has to change if we want to see more attention paid to our side of town.

Our Town Board candidates Annmarie Uhl and Dan Salmon have wide experience in the education and business sectors, respectively, and they offer a progressive vision for the Town Board. Annmarie Uhl is a former middle school teacher, who previously served as an executive member of the Nyack YMCA board, among many other community activities. She is currently an elected school board member in the South Orangetown School District. Dan Salmon is a successful businessman who has been heavily involved with a myriad of community groups for over 30 years, including Jawonio, the South Orangetown Ambulance Corps, and the Rockland County Human Rights Commission. Our Receiver of Taxes candidate Chris Smith has put forward a bold reform proposal to eliminate the unnecessary Receiver of Taxes and consolidate it with the office of Town Clerk Charlotte Madigan, who is also seeking re-election, after serving residents ably for many years. Chris’ consolidation proposal, which could save taxpayers hundreds of thousands of dollars, has already been tried successfully in neighboring Clarkstown.

As for the Republicans running for these positions, it is obvious to me that they don’t have Nyack’s best interests at heart. Denis Troy has been on the Town Council for 13 years and Tom Diviny for 4, and Bob Simon has been Receiver of Taxes for 17 years, but have you ever seen them in Nyack at a community event or anything else? Worse than simply not showing up, Troy and Diviny joined former Supervisor Paul Whalen to eliminate all Town funding for the Nyack Center, and Troy even refused to vote for Supervisor Stewart’s successful town resolution against the desal plant. Meanwhile, the Republican candidate for Supervisor, Walter Wettje, is a literal blank slate—less than a week before the election he still has a blank page on his website under the heading “Issues.”

I’ll give the last word to a message from the Democratic candidates: “We’re passionate about community service and want nothing more than for all of our families to experience prosperity, safety and a great quality of life in this beautiful place on the Hudson River. We can win this race, but it comes down to voter turnout. Many Americans have died for our right to vote – let’s use this right on November 5th to send the Democratic team to Town Hall.”

[pullquote align=”right”]In September’s primary, Fried won in spite of, not because of, the votes from the ultra-Orthodox parts of Monsey. All together he got barely 15% of the vote in these areas, and in the Hasidic village of Kaser, Fried did not get a single vote, while his opponent Ilan Schoenberger got over 650.[/pullquote]Women, environmental, labor, law enforcement groups have all endorsed David, as have the local newspapers (Journal News, Our Town) and many Orangetown and Nyack leaders (Mayor Jen White, Supervisor Andy Stewart, Assemblywoman Ellen Jaffee, among others). They value his fresh perspective, after twenty years of Republican occupation of the executive suite. David has articulated clear plans to address the county’s fiscal crisis, and restore Rockland’s reputation as a great place to live and do business. He has committed to cut his own salary and reduce the size of the Rockland Legislature in order to save money for taxpayers. He’s staunchly opposed United Water’s rate hikes and costly and unnecessary desalination plant, and he’ll stand strong against overdevelopment around the county. Finally, when it comes to the unfolding catastrophe in the East Ramapo School District, David—who attended East Ramapo Public Schools himself—is committed to doing whatever possible to ensure the kids there can get the same kind of excellent education that kids in Nyack receive, because he believes that where you’re born shouldn’t control how far you can go in life.

David’s experience as a judge shows he has the temperament to keep a cool head in a tough job. And as judge, he was widely praised for his fairness and commitment to rehabilitating youthful offenders. And as a former county legislator, David knows the strengths and weaknesses of county services and programs — their critical importance to those in need, as well as the public’s broad demand for more reasonable tax bills!

But despite all these accomplishments, it seems like the entire election season has been dominated by an endless series of attacks on David’s character that would make Karl Rove blush. For six months, voters have been deluged nearly daily with negative mail pieces (probably $400-500,000 has been spent attacking Fried), but the truth of the matter is that Fried’s record bears no resemblance to the scary picture painted by his political enemies Ryan Karben, Dagan LaCorte, and Ed Day. Without engaging in a point by point rebuttal of all the various lies and half-truths peddled by the people attacking him, it’s still worth rebutting the central criticism of all the recent mailers, and most of the malicious internet gossip you’ve probably read—that David is “the candidate of the Ramapo Jewish bloc vote.”

Here are the facts. In September’s primary, David won in spite of, not because of, the votes from the ultra-Orthodox parts of Monsey. All together he got barely 15% of the vote in these areas, and in the Hasidic village of Kaser, Fried did not get a single vote, while his opponent Ilan Schoenberger got over 650. Though you’d think it would be difficult to paint the candidate who was overwhelmingly rejected by the “bloc” as their champion, it hasn’t stopped Ed Day’s supporters from concocting all sorts of half-baked conspiracy theories to explain why Fried’s lack of support from the “bloc” nevertheless proves that he is the bloc’s favored candidate.

So who will the Bloc support on Election Day? With all the attacks leveled at Ramapo by Ed Day supporters, you could hardly blame Orthodox voters for being disinclined to support the Republican candidate this year—even though they’ve previously pulled the lever for Republicans Scott Vanderhoef, former State Senator Tom Morahan, former Sheriff Jim Kralik, former Congressman Ben Gilman, and former District Attorney (and Ed Day endorser) Mike Bongiorno. But regardless, the question isn’t who the Bloc supports it’s who will support the Bloc? And on that score, David’s positions have been far from supportive of Bloc priorities—he’s staunchly opposed increases in high density housing in Ramapo like the infamous Patrick Farm development, and called for more county intervention in the East Ramapo school district and an inter-municipal database to help crack down on illegal conversions.

I’ve spoken with David in depth about these and other issues, and been deeply impressed by his knowledge, his drive, and his passion for solving Rockland’s pressing issues. I enthusiastically support him and urge my fellow Nyack residents to do likewise.

The race for County Clerk hasn’t attracted the same attention as the County Executive, mostly because it pits an unknown first-time candidate, Donna Held, against the incumbent County Clerk Paul Piperato. Piperato has won statewide recognition for his innovations in modernizing the clerk’s office and improving the accessibility of county records. He’s a true public servant who deserves re-election.