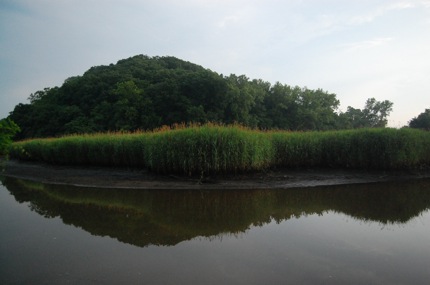 Before the Thruway Authority received a permit to begin construction of a new Tappan Zee Bridge, an agreement was struck between the Authority, Scenic Hudson and Riverkeeper to require that series of beneficial projects be undertaken to make up for the impacts on river habitats and protected species. As part of this agreement, funds have been allocated for a Piermont Marsh habitat improvement project.  According to Betsy Blair, head of the Hudson River National Estuarine Research Reserve (HRNERR), which manages the marsh and three others on the Hudson, she and the DEC will work with the community, the NYS Office of Parks and Recreation, and NYSTA consultants to identify the best use of these funds within the marsh and the Sparkill Creek. 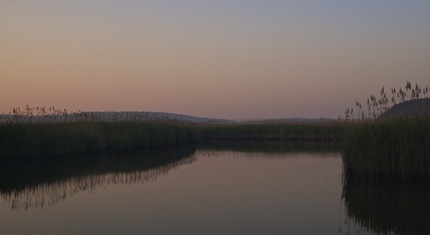 Marsh managers for years have been hoping for funds to do enhancement projects in the marsh, which is being rapidly overtaken by a highly invasive non-native species, Phragmites australis. According to the U.S. Fish and Wildlife Service, the plant has severe negative impacts in salt marshes. “Phragmites eliminates small intertidal channels and obliterates pool habitat that offers natural refuge and feeding grounds for invertebrates, fish and water birds… it outcompetes and blocks out native salt marsh vegetation and provides little or no food and shelter for most saltmarsh-dependent wildlife”.

Aerial studies show that In 1980 phragmites constituted 37% of the marsh. Today approximately 90% of the marsh has been taken over by the rapidly spreading plant which kills other plants around it in part by emitting gallic acid, a toxic compound used in tanning. The primary casualties of the phragmites are the native cordgrasses, Spartina patens, and Spartina alterniflora, which until recent years supported an intricate and diverse salt-marsh ecosystem and once played an important role in the local economies and culture of Piermont and the river villages. Grace Mitchell, Piermont local historian, offers a glimpse into the role of spartina in the history of the area: 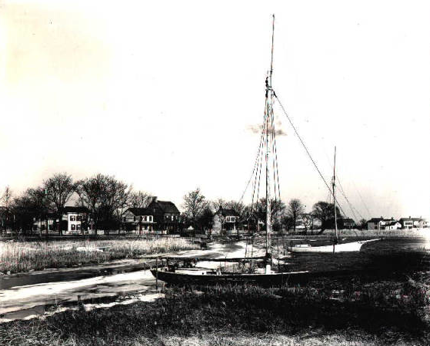 When the first Europeans settled in the Piermont area in the 1600s, the salt marsh was probably recognized as a valuable subsistence resource.  This was the case all up and down the eastern seaboard where settlers chose areas with good harbors and salt meadows to set up their communities.  Salt hay could be harvested for livestock feed, and apparently the salt lent a particular flavor to milk that the colonists appreciated.  They also pastured cattle in the marsh in summer and one history of Piermont mentions that they could “drive their cattle to and from it at low tide.”  In some places the marsh land was considered so valuable that land grants included a section of the local salt marsh for the exclusive use of the grantee.  The Orangetown Museum has a map of our marsh divided into sections marked with the names of residents in that tradition. 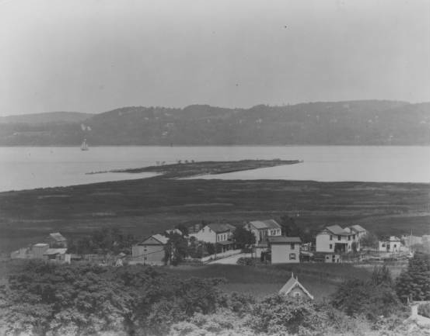 An old photograph of Piermont shows the marsh with strange looking bumps scattered around on its surface.  These were the mounds of salt hay left to dry and cure on the marsh.  In many marshes they were supported by something called a straddle which elevated the hay to keep it dry during the high tide.  Men with scythes typically cut the hay and then raked it and stacked it on the staddle.

Tour the Piermont Marsh November 2nd
The newly formed Piermont Marsh Conservancy will present a program on Saturday, November 2nd at 11:30a, What’s Up With the Piermont Marsh? The program will feature talks by two Lamont Doherty environmental scientists and a walk into the marsh. Meet at the Tallman State Park north picnic area. To learn more about this program and to get involved with efforts to restore the marsh, visit piermontmarsh.org

According to Anthony Komornick, a Piermont resident, in Piermont “there were special two-wheel carts, with pieces of wood fastened crossways to the wheels, so they wouldn’t be sinking in the meadow itself, and in turn they would spread the hay, pile it up in mounds, and pull the thing from the hay mounds into the road itself, and then by wagon” take it to wherever it was going.  In some New England marshes, the horses or oxen that pulled hay wagons “wore bog shoes, blocks of wood attached to each hoof by leather straps” to keep them from sinking into the marsh.

The use of salt hay declined as other types of feed were introduced, but the hay was still cut for a while to be used for a variety of purposes including insulation, packing material, paper making, erosion control and mulch, until its use pretty much came to an end with the advent of more industrial products.

The value of the salt marsh was forgotten by most of society, and the marshes were in fact considered buggy wastelands, best used as dumps.  Of course, there were always those who continued to use them for duck hunting, trapping and fishing.  But the scientific community had yet to discover their value in the general ecosystem scheme of things. 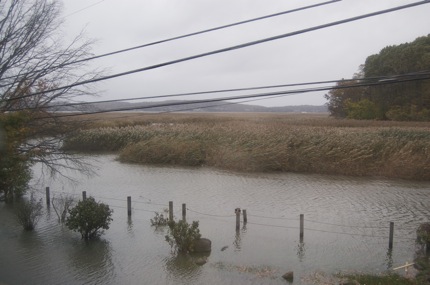 That began to change in the latter part of the twentieth century as an understanding of the role of salt marshes in the life of the oceans grew, and an article from the July 1978 issue of the Piermont Newsletter reported that “Piermont currently has one of the most valuable resources not only on the Hudson River, but the East Coast – the Piermont Marsh.”  The article discusses a recently published reference source entitled An Atlas of the Biologic Resources of the Hudson Estuary, 1977, by a Dr. E.H. Buckley of the Boyce Thompson Institute.  He had been studying the marsh for a few years.  “His studies show that the Piermont Marsh is the largest marsh in this section of the Lower Hudson River and has the greatest abundance of Spartina (Cordgrass) of any of the other nine marshes.  Spartina is one of the most valuable marsh plants in all levels of its existence.”  This Spartina is what we refer to as salt hay.

The article goes on to list various functions of the salt marsh that were beginning to be studied at the time, including “protection or a nursery for spawning fish,” saying that “Almost all the fish, crabs and clams that we eat depend on this type of estuary marsh environment at some stage in their development.”  It further reports that “birds also benefit from this rich ecosystem.  They use the protective marsh grasses as nesting areas and find many delectable things to eat both from the plants themselves and the creatures that live among them.  Other birds just visit, on their migratory path while others make it their permanent home.  A study made by the Dept. of Interior estimates that up to 200,000 ducks can be produced in northeastern coastal marshes in a year.

As mentioned in the last NEWSLETTER issue, Tony Amos, Piermont bird authority, has sighted over 155 different species in the Piermont marsh area over the last few years, many very rare to the East Coast.”  The ability of marshes to “scrub contaminants from tidal waters” and their role in protecting against shore erosion are also mentioned.  The whole article was a rousing celebration of a recently rediscovered treasure.  And there was not a single mention of Phragmites australis.

From the time before the earliest European settlers arrived until the time of this research, salt hay lived relatively undisturbed by Phragmites australis, although that plant was a minor character in the life history of the marsh.  In the few short years since then, it has taken over and the salt hay has almost entirely disappeared.