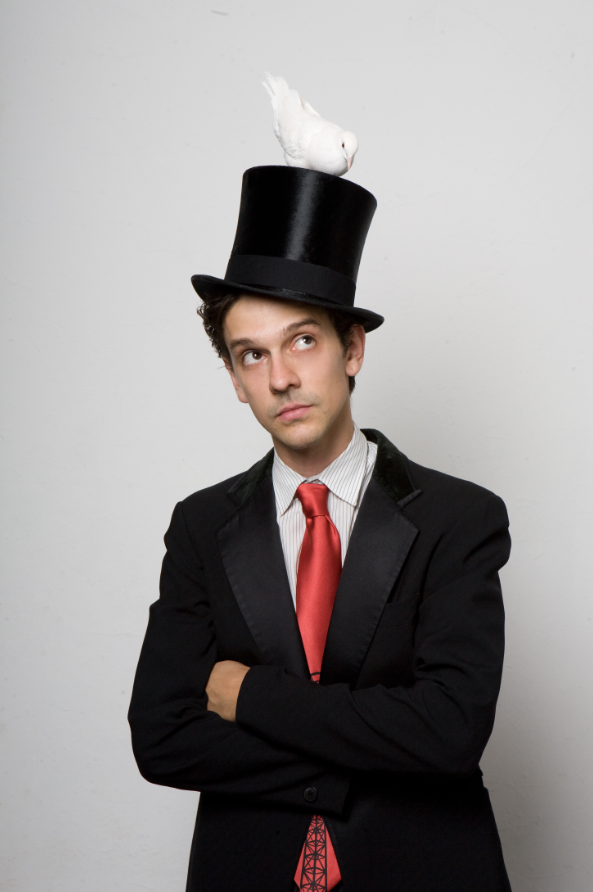 A Kickstarter campaign to raise $35,000 for a feature-length movie about Nyack magician, entertainer and inventor Mario The Magician successfully met its goal with only three hours to spare on Wednesday. Chief fundraiser, cheerleader, Magician’s Assistant and wife Katie Rosa Marchese offers this play by play summary of the last few days as well as thanks to everyone who helped put the “Building Magic” fundraiser over the top.


On August 4th, I looked at the status of our Kickstarter campaign and realized that we probably wouldn’t make our goal. Although we had been receiving pledges steadily over the past 27 days, we were only 39% funded with three days left. Kickstarter works on an all-or-nothing model. I felt defeated. I dreamed of some deep-pocketed supporter of the arts swooping in with an executive producer level pledge. “Anything can happen,” became my mantra, but I’m not sure I really believed it. As anyone who has ever participated in a fundraising campaign knows, it is hard work, and tiring. Tired I was. But that very day, something started to happen. A village – our own village of Nyack and a virtual online village of makers and magicians – formed up around us. Facebook shares and tweets started spreading like wildfire. People were rooting for the underdogs. I felt a resurgence of energy. In a whirlwind of just two and a half days, our pledges more than doubled, from $13,683 to $36,432. Finally, just three hours before the campaign would end, we reached our goal, and funding was secured for the little-film-project-that-could.

We have a whole village to thank. It is with absolute sincerity that I say we could not have done this without the support of each and every person who pledged and/or helped spread the word about Building Magic. On behalf of filmmaker Kal, Mario, and myself, we extend our most humbled gratitude to the beautiful community we live in. Nyack truly is a home for the arts. The rallying support of our local businesses, residents, and press were beyond anything we could have ever imagined. On the morning of the last day of the campaign, Mario took our daughter Gigi downtown, while I kept myself glued to the computer campaigning. He was stopped several times by Nyackers who were following the campaign to the hour. We realized we weren’t in this alone anymore. Thank you for believing in us. We did it. We all did it.

In collaboration with local filmmaker, Kal, Katie successfully raised over $35,000 via Kickstarter to create a feature length version of the acclaimed short documentary, Building Magic, about local children’s hero, her husband, Mario the Magician. Filming for the feature film begins this summer.