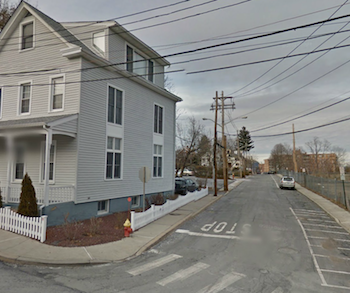 Nyack August 30 — A man and a woman were briefly trapped in a car that rolled onto its side late Friday night on Gedney Street at the foot of Main Street in Nyack.

The driver and passenger were injured, but conscious, after their crash and were both taken to Nyack Hospital for treatment, according to Nyack Fire Chief James Weck.

The man and woman were removed from the car and turned over to the medical crews at about 10:08p, Weck said.

Although the car was overturned and hit a parked car, there was no fuel spill from the wreck. No one else was injured in the incident.

Weck said he did not know what caused the accident or how the car overturned on what is usually a quiet street that has few unusual incidents.