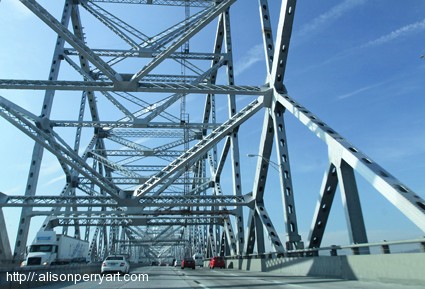 South Nyack, July 1 — The South Broadway entrance ramp to the NYS Thruway and the Tappan Zee Bridge will be closed for bridge deck maintenance on Mon and Tues (July 1-2) from 8p-6a.

During Monday and Tuesday night operations, due to the southbound lane closures, the southbound entrance to the Thruway at Exit 10 (South Nyack) will be closed from 8p to 6a and southbound detour signs will be posted through Nyack for the entrance at Route 59 near Exit 11 (Nyack).

During Monday and Tuesday night operations, due to the northbound lane closures, the entrance ramp to the Thruway from Broadway in Tarrytown will also be closed from 9p until 6a. All traffic will be detoured to the entrance ramp from Route 119.

Traffic updates will be broadcast to motorists via Variable Message Signs along the highway and by Highway Advisory Radio 530 AM in the Tappan Zee Bridge corridor. Real-time webcam views of the bridge and approaches at Thruway.NY.gov.

Work on the new bridge will be suspended during the July 4th holiday, too.

Tappan Zee Constructors, LLC (TZC) will not work on July 4 in observance of Independence Day.

Preconstruction activities will continue throughout the week; however, TZC will have no lane closures in order to keep traffic moving on the Thruway.

Rockland: Limited geotechnical analysis boring operations continue this week on Thruway property and will not require lane closures as work will be performed behind barriers.  Work may be scheduled between the hours of 7 a.m. and 3:30 p.m.