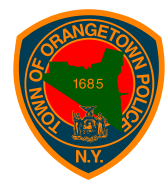 The Orangetown Police Department is asking for the public’s help regarding an attack by a group of men on Tues night at about 9p near the Thruway overpass in Nyack. The incident is being classified as a robbery/assault:

The OPD responded to a call at Nyack Hospital the Emergency Room on Tuesday July 23rd at about 9:55 p.m. in response to an incident where a victim was beaten, stabbed several times on both his right and left forearms and then robbed. The victim had earlier been walking eastbound on Rte 59 near the NYS Thruway overpass in the Village of Nyack when he was attacked by a group of men.

The victim suffered injuries to his arms, face and head. The victim’s wallet and cell phone were stolen during the incident. The victim went home and had a friend drive him to the hospital. The suspect’s were described by the victim as four male blacks, two tall, two shorter and stocky and all wearing shorts.

The investigation is continuing and anyone who may have witnessed the incident or has any information about it is asked to call the Orangetown Police Detective Bureau at 845.359.2121

On Saturday night, 20-year old Uaningapara Riruako was fatally stabbed in a separate incident in Nyack. The victim was from the African country of Namibia. Although a 19-year old suspect was apprehended in the case, he was subsequently released after an investigation revealed he was acting in self-defense after a group of five people broke into his house.