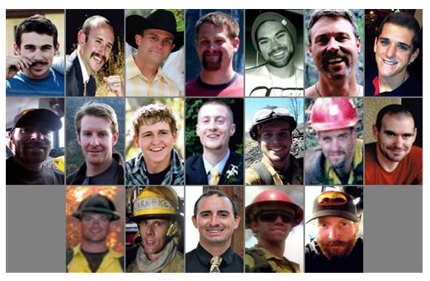 To members of the Nyack Fire Department, the faces of the 19 Arizona firefighters who died fighting a massive wildfire on June 30 aren’t much different from those of the volunteers who turn out for emergency calls right here every day.

The deaths of the “Granite Mountain Hotshots”  – an elite team specially trained to battle wildfires – stunned the nation, which has not seen such a loss of life among crews battling wildfires since 1933. For firefighters, it was a tragedy of almost unimaginable proportions – only surpassed in recent times by the loss of 343 firefighters in the Sept. 11, 2001 terrorist attacks at the World Trade Center.

“We can’t even imagine what their families are going through,” said Nyack volunteer firefighter Mike Packes. “We were talking about it, and we decided that we had to do something to help them.” 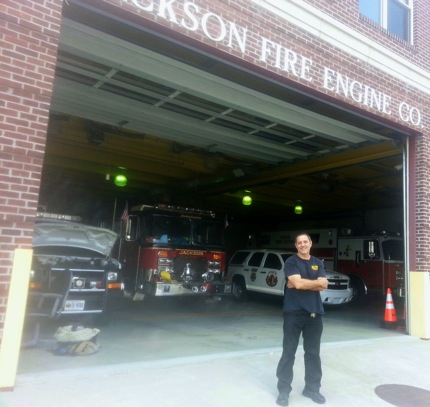 In the wake for the Arizona deaths, Packes and other Nyack firefighters are waging a campaign to urge local residents to contribute toward funds dedicated to supporting those left behind by the 19 fallen firefighters.

Coordinated by Nyack’s Jackson Hose Co. No. 3 on Park Street in Nyack, Nyack firefighters are asking residents to make donations directly to the United Phoenix Firefighter’s Association, Attention: Granite Mountain Donations, 61 E. Columbus, Phoenix, AZ 85012. Packes said that Jackson Hose Co. No. 3 is also collecting any donations that residents might want to give to the fire department so they can be sent to Arizona. Local donations can be dropped off from 8 a to 5 p weekdays at Packes’ business, All Phase Automotive, located a half-block away from Jackson Hose at 30-34 New St., Nyack.

The Nyack Volunteer Fire Department is asking residents to consider sending donations directly to the United Phoenix Firefighter’s Association, Attention: Granite Mountain Donations, 61 E. Columbus, Phoenix, AZ 85012. Jackson Hose Co. No. 3 is also collecting any donations. Local donations can be dropped off from 8a to 5p weekdays at Packes’ business, All Phase Automotive, located a half-block away from Jackson Hose at 30-34 New St., Nyack.

Packes said financial contributions for the families of the 19 fallen firefighters are urgently needed. However, he said donations of other items such as toys and baby supplies for the children of the firefighters are also being accepted. Packes said that he would arrange for the shipment of any such donations to Arizona as they are made locally.

Packes, a Nyack volunteer firefighter for 15 years, also felt compelled to help when the Twin Towers of the World Trade Center were destroyed. Every day for three months after the Sept. 11 attacks Packes went to Ground Zero, using his flatbed truck to ferry supplies from stockpiles near the Jacob K. Javits Convention Center to crews working at the ruins of the Twin Towers.

“It was something I had to do,” Packes said. “I had to help.” In Rockland County – including Nyack – all of the 26 local fire departments are staffed 100 percent by volunteers. The Nyack Fire Department is comprised of eight companies located in Nyack, Upper Nyack and South Nyack.

In 2013, the Nyack Fire Department is celebrating its 150th anniversary.