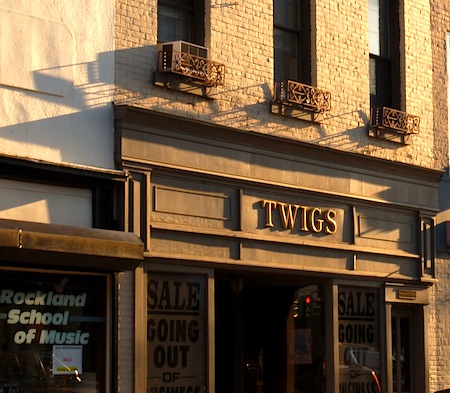 In Rockland, we have the “Tale of Two Economies.” Is this best of times, the worst of times, the spring of hope or winter of despair for Rockland County? In the big picture, economic and business conditions have improved markedly. At the same time, an array of issues impacting small businesses and independent professionals signals that much work remains.

There are good tidings for Rockland: Michael DiTullo, president and CEO of the Rockland Economic Development Corporation, spoke with the Women’s Entrepreneur Group and offered an upbeat assessment of the county.

It’s a great story, yet it reflected a macro, big-business view. Ask small businesses, and most will tell you the world changed for them since the Great Recession. Feminomics, which offers female-friendly advice and new media content on money basics, produced a short film in which we interviewed female small business owners in late 2011. Several have since closed, while others believe leaders focused on the “big fish,” leaving them out to dry. It’s also clear that the transmission mechanism between Wall Street and Main Street has sped up, so if U.S. financial markets sneeze, Rockland gets a cold.

Weather issues also loom large, challenging the traditional economic view that “acts of God” are one-off events, with a short-term dip followed by recovery. Whether you look at the flooding issues in our towns along the Hudson, problems along Route 59 and the New York State Thruway, or freak storms in October and March, small businesses have been hit hard with lost inventory, business disruptions, and extended outages. And when local government punts on addressing infrastructure changes, small businesses (and homeowners) pay the price.

Rockland small businesses also face a variety of competitive challenges. Locally, they have had to adjust to the Palisades Center and soon to the Shops at Nanuet, while neighboring Bergen and Orange counties offer strong initiatives to attract business. Online activity grows steadily, impacting both retail and professional services.

With many businesses in our villages already experiencing a reduction in foot traffic, if toll increases cited for a new Tappan Zee Bridge take place, the Lower Hudson Valley will likely see visits and spending by “day trippers” decline further.

One thing budding entrepreneurs, tradespeople, small retailers, medical, service and creative professionals have in common is limited time, resources and ability to leverage the benefits of size. They can benefit from:

In the end, the objective is to collaborate and share information where possible to address deficiencies. As it stands, established business groups focus on larger businesses, smaller ones on networking, while Chambers of Commerce tend to their own town or village.

The Women’s Entrepreneur Group members welcome a dialogue to see if the Rockland Economic Development Corporation or other countywide entity might enhance the local economy further by extending an umbrella to better serve the thousands of small businesses existing today all around them. We’ve got nothing to lose but jobs, tax receipts, and talent — lots of it.

Lisa Kaess worked as an economist and consultant in international finance for over 20 years.  In 2012 she launched Feminomics, which offers female-friendly advice and new media content on money basics.