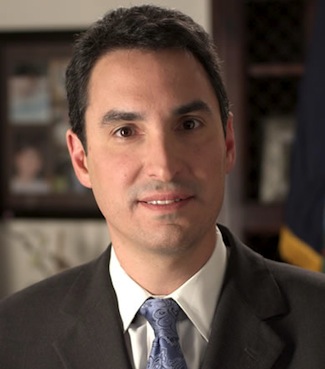 Dagan Lacorte, a leading candidate for Rockland County Executive, was eliminated from the Democratic Party primary ballot this week after the county Board of Elections disqualified enough petition signatures to keep him below the 2,000 threshold needed.

LaCorte’s ousting from the Democratic primary comes as a shock to some political observers, who were anticipating at least a three-way battle between him, County Legislator Ilan Schoenberger, and former County Legislator and Spring Valley Justice David Fried. Earlier this week, LaCorte had gotten a wholehearted endorsement from Democratic State Senator David Carlucci, whose district includes all of Rockland County.

But Fried had challenged 3,337 of Lacorte’s 4,435 signatures, citing various problems, including names of people who do not live in Rockland County and witnesses not qualified to handle the petitions, The Board of Elections agreed with Fried’s challenges.

LaCorte is insinuating collusion between Stavisky and Fried. “Stavisky has consistently and repeatedly tried to torpedo [my candidacy],” he said. “Rockland is run by political insiders who will do anything to stay in power and prevent any and all opposition.”

Whether or not this is the local political structure trying to disenfranchise candidates or proper and needed vetting of petitions is a matter of the courts at this point. But I must point out that it’s not unusual for candidates and their supporters to challenge petitions, and it is a proper and needed function in our democracy.

“The Board of Elections, run by the Rockland Democratic party chair, only accepted 1926 of the necessary 2000 petition signatures required. I’ve retained New York’s top election lawyer, Jerry Goldfeder and am 100% confident the courts will validate at least an additional 74 signatures, overrule this baseless decision and restore my name to the ballot.

I will fight with everything I have to make sure the people have a choice in the September 10th primary.”

Rhodes also called for Stavsky to step down from one of the positions.

I do see Rhodes point, dual roles for Stavisky raise eyebrows. However, I think that we should not be too quick to judge the actions of the Board of Elections. Stavisky, as I’ve noted above, works with a political rival in Babcock. He doesn’t have a Democratic horse in this race, and it would only benefit the Republican County Executive Candidate Ed Day for the Democrats to run lame candidate in the wake of a bloody three- or four-way primary. A cleaner, two-person primary might only strengthen the winner in a general election (think Barack Obama and Hillary Clinton in 2008).

I’ve handled the petitions of dozens of candidates over the years, and I understand the frustrations of a candidate who worked hard to get on the ballot, only to be denied because too many signatures were declared invalid. It’s an exhausting process and venting frustrations after failure is not uncommon among political candidates.

But I am also quite aware of candidates who have tried to pull the wool over the eyes of elections officials by producing fraudulent signatures. So in this case, I will not judge, as I have not seen LaCorte’s petitions. However, I think that challenging petitions to insure accuracy is vital to fair elections and candidates need to respect the importance of petitions being handled within the strict contexts of elections law.

Advertisement. Scroll to continue reading.
In this article:board of elections, rockland county executive