The winner of the 2012 Yale Series of Younger Poets will read from his debut collection of poetry at the Nyack Library on June 18. 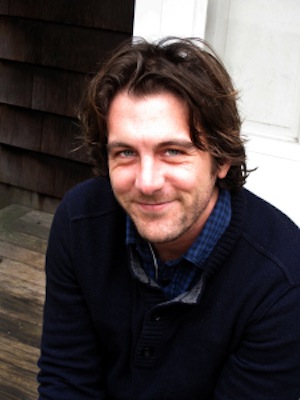 Will Schutt, whose poems and translations have been published in Agni, FIELD, The New Republic, and The Southern Review, will be at the library to read from Westerly, his new book, Westerly, at 7p in the Community Meeting Room on the Lower Level of the library. There will be a reception with the poet following the reading.

Schutt’s poems probe a vast emotional geography, and he expands their scope with elegant translations of works by some of Italy’s most prominent twentieth- century poets. Yale Series of Younger Poets contest judge Carl Phillips calls Schutt’s debut volume “a book of uncommon wisdom,” and he finds in the poems “not only beauty, but a persuasive insight into what I call the lived life, the one that risks knowing what’s difficult, despite the sorrow that so often follows the knowing.”A graduate of Oberlin College and Hollins University, Schutt is the recipient of fellowships from the James Merrill House and the Stadler Center for Poetry. He currently lives with his wife in Wainscott, New York.

The Yale Series of Younger Poets prize has been celebrating the most prominent new American poets since 1919 by bringing the work of these artists to the attention of the larger public. Earlier winners of the prize include such talents as Adrienne Rich, John Ashbery, and Robert Hass. It is the longest-running poetry prize in the United States.

We Didn’t Start the Fire

by Will Schutt (via Poetry Daily)