Voice actor, writer, composer and performer Noah Michael Levine is a Nyack native who recently returned home after many years away from Rockland County. In this week’s podcast, the Nyack Village Voice with Noah goes international. No passport is required for this journey, just click the player below to tag along. 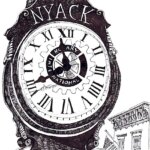 What do cities in Italy, Israel, Ireland and the Philippines have in common?

They are the four sister cities of the Town of Ramapo, New York. For the love of Pete Sampras, why does Ramapo have FOUR sister cities – and Nyack has none? We are the epitome of multi-cultural. Shouldn’t we have one of these?

Noah Michael Levine has over 500 different voices in his audio acting repertoire to use in creating audio books, for TV and radio voice overs and in movies.

Visit IMDB and NoahMichaelLevine.com to learn more about Noah’s credits and talents. Hear some of his audiobooks, listen to his newscasts on Umano.com and follow him on Facebook, Tumblr and Twitter.

Advertisement. Scroll to continue reading.
In this article:podcast, ramapo