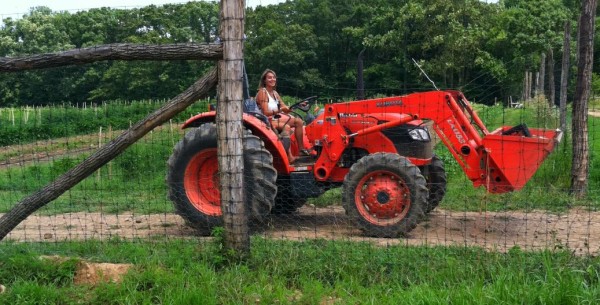 “New” farms are cropping up in Rockland County. There is a resurgence of farming, but not necessarily the large family farms that were historically plowed and planted in the early history of the county. The “new” farmers are interested in growing fresh, organic produce on smaller pieces of land. They are working hard to establish sustainable farms that can take care of themselves and the community which will feed the land for years to come.

The future of these new farms is still uncertain. Can farming truly survive in the suburbs? Can farmers afford to acquire land and pay suburban taxes? Should the needs of farmers get special consideration in local regulations when housing developments encroach?

Food systems are responsible for feeding a majority of people in the world. These systems are becoming increasingly industrialized, globalized and do not necessarily address climate change, resource depletion and water issues. The “new” farmer is trying to create a model of creating and making a living supplying local, fresh food, the antithesis of the current food system.

The new “suburban farming” trend is difficult to describe because it embraces both conventional and organic farmers. “It’s fairly new — and we believe that the small farms in and around suburbs and periurban areas are the way of the future,” says Rockland Farm Alliance President John McDowell. “The idea that small 2-10 acre farms can exist amongst suburban areas is what gave birth to Rockland Farm Alliance.” McDowell says that smaller farms are more than good ideas, they are essential parts of each community. “Small farms can provide local food, open space and education for the community and people of all ages. Today’s farms in periurban areas don’t necessarily need to have a Community Supported Agriculture component, but it does give a community a boost and the farm gets volunteer labor to work the land.” McDowell says these smaller farms are likely to use less machinery and more likely to also be organic. But he’s also a fan of the remaining conventional farms, stressing the importance of farms that were founded long before there were suburbs.

Community Supported Agriculture (CSA) is a farm model whereby members buy shares of a portion of the farm’s harvest and pledge in advance so that some of the anticipated costs of the farm operation and farmer’s salary are covered.

In return, members receive weekly shares of the farm’s bounty throughout the growing season. CSA members are expected to take an active role in farm operations, contributing to field work and helping to arrange produce pick ups.

The New York State Assembly task force on Food, Farm and Nutrition Policy decided to study these issues when Assemblywoman Ellen Jaffee (D- Suffern) became chairwomen last year. Promoting food and farm products, growing farmer’s markets, increasing farm to school programs, fresh food programs for the elderly and food based economic development are among the subject’s that Jaffee’s committee will be exploring. In addition, the Task Force is looking at the Hunger Prevention Nutrition Assistance Programs (HPNAP) which supply food pantries. They are also reviewing pressure from developers to turn current farmland into residential and commercial developments. 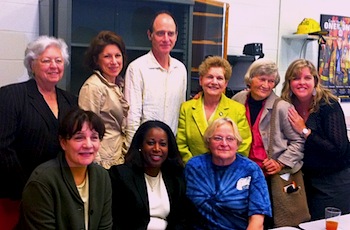 Earlier this month, the task force met with farmers in Rockland, Putnum and Dutchess to discuss the effectiveness of current agricultural districts in suburban communities. An agricultural district’s laws attempt to improve farmers’ ability to operate a successful business. The NYS Department of Agriculture and Markets protects farmers against local governments by discouraging municipalities from passing regulations that unreasonably restrict farming operations.

Agricultural districts have been created in 53 of New York’s 62 counties. The average district size in New York State is approximately 37,000 acres. Currently, Rockland County does not have such a district.

Jaffee says part of the task force’s charter is to fight hunger and improve nutrition in New York State by bringing food to the people.“We need to discuss how to maintain existing farms and to build new farms,” says Jaffee.

McDowell rallied for years to bring farming back to Rockland. “I am originally from Illinois and worked on farms during many summers growing up,” he says. “I felt for many years that there had to be a way to farm that was an easier model.” McDowell says he would often drive by Cropsey Farm and marvel at its beauty. He eventually started the first Rockland CSA (Community Supported Agriculture Farm) on the acreage of the old Cropsey Farm.

Rockland resident Joan Gussow, a zealous defender of all things unprocessed, is an author who has written about her self-sustaining lifestyle and her gardens in Piermont. “I am so happy we are talking about farming in Rockland County. It’s about time!” Gussow, an RFA board member and former chairperson of the Nutrition Education Program at Teachers College at Columbia University, is author of many books on our food supply including the ground breaking “The Feeding Web: Issues in Nutritional Ecology,” a 1978 analysis that predicted future environmental hazards of a globalized food system.