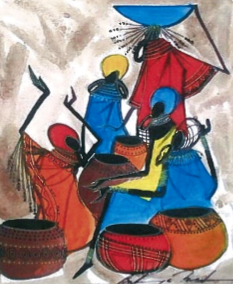 There’s a parade to the park on Saturday at 2p. Nyack celebrates its fifth annual African American Day on Saturday, May 18 with a parade and a multicultural festival in Memorial Park on the Hudson River. Last week’s scheduled parade was postponed because of a threatening forecast. This Saturday’s skies are expected to be mostly sunny with a high of 70 degrees.

The NEW parade route starts at the Pavion property on Cedar Hill Ave, proceeds North on Franklin St – down Main Street, South on Broadway, down Depew Ave. and ends at Memorial Park in Nyack.

R&B powerhouse WBLS will be on hand to provide  parade music and entertainment. Be sure to check out this year’s new events, a 3-on-3 basketball tournament, and a community line dance.

The 2013 parade will celebrate the achievements of Grand Marshall, Anngela Vasser-Cooper, a native of the Village, and product of the North Rockland Public Schools system. Vasser-Cooper is a US Army Veteran (Communications Specialist) and this year’s recipient of the Rockland County’s 2013 Buffalo Soldier Award, only the second woman to receive this award. Other marchers include the Buffalo Soldiers of West Point, The Nyack NAACP, The Rockland County Sheriff”s Mounted Police, The International Association of Professional Black firefighters and the Mount Vernon Classic Car Club.

Parking will not be permitted along the parade route and in Memorial Park between 12n and 4p.

There’s more than just music, sports and dance after the march down Main and Broadway: there are jobs, too. Tomorrow’s Workplace, Rockland County’s #1 employment resource center, is sponsoring a mini ‘Job Fair’ at Memorial Park with employers including Affinity Health Plans, O & R Utltities, the IBEW electrical works union, and the Tappan Zee Constructors team building the new TZB.