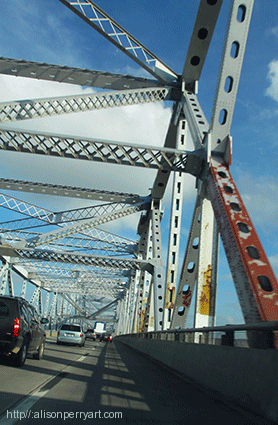 by Veronica Vanterpool, Executive Director of the Tri-State Transportation Campaign

New York’s request for a federal TIFIA loan to finance construction of a new Tappan Zee Bridge will “move [the project] to the next stage of the U.S. Department of Transportation loan process,” according to a press release from NYS Governor Andrew Cuomo. “This financing will lower tolls on the bridge below all prior projections, though the state continues to seek additional financial support for the project.”

New York State’s taxpayers will be paying more money in taxes and tolls for a Tappan Zee Bridge that does little to reduce traffic congestion, improve transit or strengthen the Hudson Valley economy in the long-term. Last week Newsday reported that the federal government would provide 25 percent less than what was requested by the New York State Thruway Authority in its Transportation Infrastructure and Finance Innovation Act loan application. As a result, the remaining $2.4 billion for the bridge project must be paid for with higher interest loans and steeper tolls.

According to USDOT, “[the] letter of interest did not present a compelling justification for sizing the TIFIA loan in an amount greater than 33 percent of eligible project costs.” Tri-State consistently warned that the absence of transit in the revised bridge project along with the financially murky outlook of the NYS Thruway Authority presented potential liabilities for the State’s application. The State had an opportunity to present a forward thinking TIFIA application but instead presented more of the same; perhaps a robust transit system would have made the funding difference. There is still time to ensure transit is part of this project moving forward though too late to get TIFIA funding for it. The work of the Mass Transit Task Force is even more important.

Veronica Vanterpool is Executive Director of the Tri-State Transportation Campaign, a non-profit organization working toward a more balanced, transit-friendly and equitable transportation system in Connecticut, New York and New Jersey