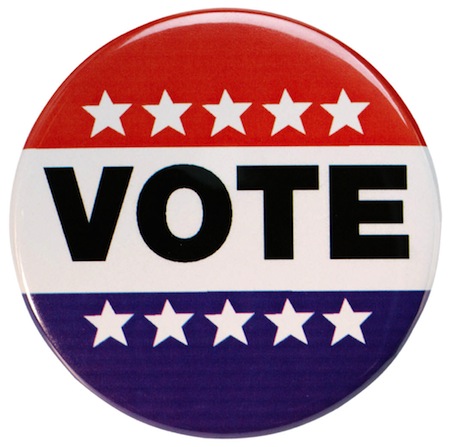 Voters in South Nyack and Upper Nyack will go to the polls on Tues March 19 to elect trustees and mayors. Polls are open from 12n-9p in each community’s village hall. All candidates in contested races were invited to submit statements. Read what they had to say by clicking on the links below.

There are three candidates running for two trustee positions in South Nyack. The candidate for mayor is running unopposed. Polls are open from 12n-9p at the South Nyack Village Hall, 282 South Broadway. 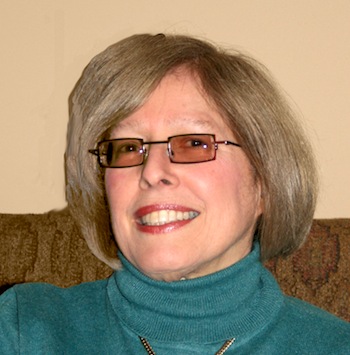 Having lived in South Nyack for most of my life, I am deeply concerned about the welfare of our village during and after the building of the new Tappan Zee Bridge.  We need to maintain the integrity and preserve the character of our community.
We are addressing both the construction and permanent impacts on the village; along with issues relating to the economic redevelopment of Exit 10. Our vision here is to bring permanent jobs, reduce taxes, and contribute to the economy of our river villages.

The board has also created a three member task force who will serve as their key contact for the village.

My personal background consists of currently serving as a Village Trustee, while previously serving on both the Planning Board for seven years and the Zoning Board for four years. I graduated from Nyack High School and received my BA Degree from Dominican College and an MA in Education from Seton Hall University. I have since retired as Director of Customer Programs for the Gannett Company.

When I retired from my career as a school administrator in Rockland County, I thought I would spend my time studying at the NY Botanical Gardens and lead a quiet life. I did that for a time however, The Tappan Zee bridge rebuilding project changed all that.  It was a call to action.   The construction  of this  new bridge is the single most important issue before the Village of South Nyack.  It  will impact  not only our lives but the lives of our children, our grandchildren and generations to follow.

I grew up in Pearl River and have lived in South Nyack for 30 years. As a resident of the Salisbury Point Apartments and as President of its  Board of Directors, it became apparent  to me that local residents needed to get involved to protect  ourselves from dangers such as air and noise pollution that the construction chaos of this massive project will bring to our village.

Salisbury Point felt vulnerable and we took action and  hired our own highly respected experts to assess  that vulnerability. There is much for us to be concerned about.

There is much that the Thruway Authority is not telling us.  For a project this long into the process, it is unacceptable that we do not have more concrete information regarding critical questions about pre-construction, and construction activities that will have a lasting impact on the community.  We  need more serious attention given to mitigation for the village.

If elected,  I will dedicate my efforts to pressuring the  NYS Thruway to give us our just due . I will work diligently for my neighbors in South Nyack on the taipan Zee bridge and other issues impacting the quality of our lives here is South Nyack.   Your vote counts so please don’t forget to do that  on March 19th between 12n and 9p.  Thank you.

It’s been a privilege to having serve you as a trustee.  My guiding light in this job as been to make sure the best interests of the people of South Nyack are always the first consideration of the village government.

I am running for reelection as trustee and I hope that I may continue to serve you in the village. In the past few years I’ve actively participated in many meetings with state officials, concerning their plans for a replacement Tappan Zee Bridge. At these meetings I often spoken strongly to protect South Nyack from ill-conceived NYS Thruway notions like moving the state’s maintenance garages and troopers barracks to the South Nyack Thruway circle, which for many years has been the junkyard and an eyesore.

If reelected, I will continue my outspoken opposition to these Thruway plans which would irreparably damage the quality of life and property values in our fair village. By carefully following principles of sound stewardship and working with my fellow board of Trustee members, we have kept village tax increases, within reason, far below the recent rate increases recently seen in neighboring villages.

I wish I had a magic wand that would reduce the village taxes. I do not, however, my main budget focus will continue to the keep expenses down is to what is truly justifiable while maintaining the level of services that on which all of us depend. If reelected, I will continue to serve the village, using my many years of supervisor experience to help manage of village government, utilizing a common sense approach to the present and future problems of the Village of South Nyack. I would greatly appreciate your vote on election day, Tuesday. March 19. 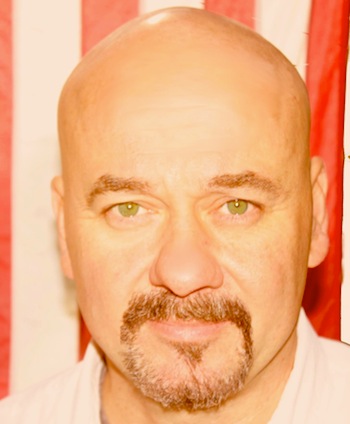 On Tuesday, March 19, South Nyack will have perhaps its most important election in decades. The village’s environment, property values, and quality of life are at risk. And while the building of a new bridge is a heavy burden this village must endure, there are other large challenges it must face in the near future.

And that’s why I’m running for Village Trustee.

We’ve all read the headlines: The Thruway Authority is hastily building a new bridge without a public transportation component and it’s taking every shortcut imaginable. The complexities and possible ramifications are overwhelming for such a small village. But let me talk about just one of the many possible headaches:

When the bridge is completed, there will be a pedestrian component allowing people to walk or bicycle across the bridge. While this sounds nice, a huge influx of people could be a nightmare and our streets can become congested.

We still don’t know where the pedestrian path will land. Perhaps Smith Street, we’re told. And who will keep up the area near the landing? The Thruway Authority isn’t volunteering.

Where would the Westchester-bound pedestrians park their cars? On quiet neighborhood streets? If there needs to be a parking lot, will the Thruway Authority ask the village to take care of that?

And where will those who walk or bike across the bridge find a restroom? Will the village be forced to build and maintain a facility?

If you’re like me, you’re worried that a lot of your tax dollars may go to services you never asked for.

There are many other issues involving the building of the bridge, including air and water quality, noise pollution, and the wasteland called the Exit 10 clover leaf. But addressing each concern would make this one long read, trust me. But keep in mind that 58 years ago, South Nyack was nearly destroyed when the current bridge was built, and the village can’t let that happen again.

In the meantime, South Nyack has other pressing problems. Families are hurting financially and we need to keep taxes down, but we can’t gut our services. The key to success for the village is keeping expenditures low while still appropriately addressing the needs of its residents. To make matters harder, all this must be done as our village needs to stay below New York’s 2-percent tax cap. We need  innovative and forward thinking to move ahead.

I’m proposing some possible solutions for review that have worked for other municipalities. They include:

Eventually, we must replace the South Nyack/Grand View Police Department’s aging fleet of vehicles, which now average only about 12 mpg in city driving (and much less if they idle all day). The replacement vehicles should be gas-electric hybrid cars. A hybrid sedan or SUV, like those employed in New York City and elsewhere, can give comparable performance and versatility, but would cost just a third as much to run.

South Nyack must evolve with the times to go forward. Innovation and efficiency are key to the village’s future success. Yes, the bridge will be an extreme burden, but we shouldn’t forget that we need to work effectively as a community under a tight tax cap in the meantime. I see the latter challenge equally to be equally daunting as the bridge, but I’m up to it.

I would greatly appreciate your vote on March 19 and I hope that our community continues to thrive despite some trying times. Local elections are often determined by just a few votes, so please make the effort to vote.

I am running for Mayor of Upper Nyack as part of a team. Together with Vin Morgan and Jeff Hindin, we have donated 47 years of unpaid volunteer service to Upper Nyack and want to continue improving the village. We work by consensus to make decisions and each member of the board leaves their ego at the door. We would not have been able to accomplish our goals if one person had tried to dominate the discussion.

We are proud of the work we have done in recent years. We are in the middle of a long term project to improve storm water drainage around the village. We have been replacing and extending the sidewalks and have updated our sanitary sewers. According to the state comptroller, Upper Nyack is in good fiscal shape and debt is less than 20% of what it could be by law.

We have a record of asking the opinion of village residents before making major decisions. For example, we had a public meeting last year to discuss the pros and cons of breaking away from the Town of Clarkstown. Over 200 residents came and overwhelmingly said they wanted to remain a part of the town. Responding to their will, we have continued an ongoing discussion with Supervisor Alex Gromack to find ways for the village and town to better work together. Recently, for example, Clarkstown provided the new speed monitor by Upper Nyack Elementary.

The Bell Tower Party stands for a fiscally responsible, incremental approach to change in the village. We are dedicated to keeping Upper Nyack a wonderful place to live.