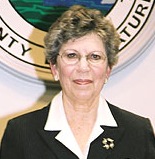 Hi-Tor Animal Care Center serves an important purpose in Rockland, and we can thank early advocates like Zippy Fleisher for bringing it to fruition. My husband Martin Cornell, an attorney, did pro bono legal work helping Hi-Tor get its start, and it has always been close to our hearts.

At the request of Clarkstown Councilwoman Stephanie Hausner, I arranged a meeting in my office with Hi-Tor Board members regarding their request to build a new shelter on county parkland. Since the County Executive has the responsibility under the County Charter to manage county property, I invited his staff members who had been working on this issue, including Alan Beers, the Director of Environmental Resources, who is responsible for county parkland. Also attending were Donald Franchino, who is leading a capital campaign for Hi-Tor and Ricardo McKay, Legislative Counsel.

The meeting held on December 17 was a productive one. We talked about potential solutions for siting a new shelter, given state laws which present legal barriers to alienation of public parkland. The County of Rockland has provided a shelter on county property for decades, although not required to do so. In fact, the State of New York puts the requirement for shelters on towns and villages which license dogs. The meeting concluded with Board members saying they would reflect on alternatives which had been suggested and revise their proposal. Five weeks later they sent a proposal to the County Executive. I was not consulted by either party but received copies of the communications.

The County Executive’s letter to Hi-Tor President Roberta Bangs on February 22 did not close the door on possibilities for agreement. In fact he asked her for copies of the schematic drawings of the proposed shelter which had been displayed at the meeting in my office. I will continue to work with concerned residents, Hi-Tor members, the Executive and Legislature to establish a modern animal shelter.

Harriet Cornell is the Chairwoman of the Rockland County Legislature