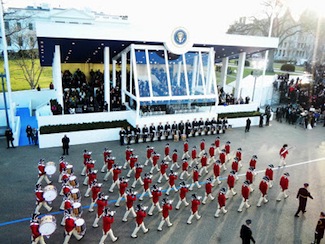 On Monday Jan 21, 2013, President Barack Obama took the oath of office in a ceremony watched by 800,000+ in Washington DC and millions around the world on television. What was it like to be in the nation’s capital, behind the scenes, covering the event? Nyack resident Frank LoBuono helped cover the event for a TV network, and offers a unique perspective on the inauguration.

The first time I came to Washington to work, so many years ago, I thought that I’d die! I drew the early news shift which meant being at the studio by 3 a.m. No big deal, I thought, I’ll grab something to eat and a cup of coffee on the way from the hotel to the studio and I’ll be ready to go. Well, it was a big deal – D.C. ain’t New York! New York is truly THE CITY THAT NEVER SLEEPS. I’m very accustomed to getting almost ANYTHING to eat at almost ANYTIME! Apparently, Washington is the CITY THAT GOES TO SLEEP EARLY. I couldn’t find a deli, a bodega, or a diner open – anywhere! In New Yawk parlance, what, are you freakin’ kiddin’ me Whachah mean I can’t get a cup o’ joe and an egg sandwich at 3 a.m.? I mean the place, especially where I was working (at the Capitol), is virtually empty after 7 p.m. or so. It seems that no one actually lives in this city. They just work here, perhaps hang for a bit, and then LEAVE! Therefore, there seemed to be no need to keep service-type businesses, like a bodega, open. You’d think that, with the amount of tourists and other, working folk occupying the hundreds of hotels in the city, someone would open a freakin’ all night bodega!! Jeezz!

Be that as it may, I didn’t die and eventually learned to love this city. It is not COMPLETELY devoid of a late night culture, you just have to look a little harder for it, that’s all. It will never BE New York. But, then again, no place is. Anyway, after many trips here, I felt like I was starting to find the rhythm of this city. I LOVE the history, I love the architecture, and I love the restaurants. I just learned not to rely on finding any late night oases!

This place is also VERY much a company town. And that company is THE GOVERNMENT. Everything here is either touched by, or touches, the government. And, to me, that was never more apparent than the Inauguration of our 44th President, Barack H. Obama. I had covered one before (George W. Bush  in 2005) but I was locked away in a TV News control room and really didn’t observe the spectacle first hand. But, this time, I was assigned to multiple locations for news coverage which exposed me to a great deal of what was happening throughout the city. I was at the Capitol, the National Mall, and the White House at various times during the week leading up to the big day. On Inauguration Day itself, my assignment would take me to the presidential viewing box located in front of the White House. In other words, I had extraordinary access from which to observe the process of “anointing” our next leader. 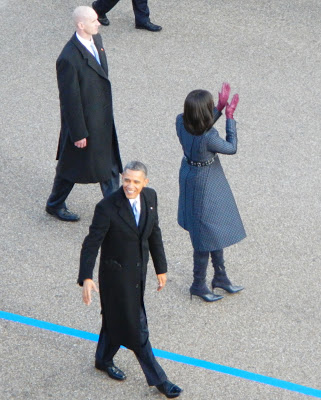 I found the whole event, like most things, had a downside as well as an up one. It IS a festive occasion, so most people tend to focus on the up. It was a spectacle! The town dripped red, white, and blue. Everything was cleaned and polished. The swearing-in ceremony was dramatic, moving, and powerful. The President spoke with pride, conviction and emotion. Being there, and witnessing it in person, will certainly give you goosebumps.  The parade was long, diverse, and, actually a great deal of fun. The President and First Lady, Michelle, literally danced in the streets of the city. The many Inaugural Balls that took place throughout the evening and into the night were star studded, glamorous affairs. The atmosphere was charged with a positive vibe that could easily be called electric. There was a palpable feeling of success and renewal that was shared by millions. In a sense, I suppose that it was all calculated to reassure us that we are still a rich, diverse, powerful nation and one that will continue. This, most certainly, is the UP.

However, for me, there was a down side, too. One that is not often mentioned. First, and understandably so, the SECURITY was INTENSE. But it’s more than just intense, it may be (IMHO) described as draconian. Because of background checks, it took weeks for me to get my credentials to work the event. Then, even with those, I still had to jump through hoops to get from one secure area to another. This may seem like simple griping but, when you are carrying a few hundred pounds of camera gear, it’s not so simple. And they shut the city DOWN, and I mean DOWN. They secure the parade root with steel fences and concrete barriers that herd people into certain designated areas. They route virtually ALL traffic away from the heart of the city. This causes MASSIVE traffic jams throughout the place. And while they are doing so, they use every type of siren known to man to let you know they are either in the process of actually closing the city or they, i.e. the police, and/or dignitaries and.or politicians are driving through it! While EVERYONE else is jammed in traffic, our public officials, with their so-called VIPs in tow, are whisked through any obstacle in caravans led by multiple police cars with their SIRENS BLARING! And this goes on not for one day, but, rather, for two whole days – 24 hours/day!! Why, you may ask is there a need for such security and urgency? Well, they may be late getting to one of the balls!! Talk about Balls?! It became readily apparent to me who the players are when it comes to running this Country. I found it self-serving, to say the least and, quite possibly, even arrogant. I don’t want to be seen as curmudgeon and rain on anyones parade (pun intended), but don’t these people govern at our pleasure? 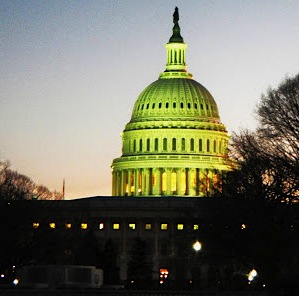 Look, I get it. Life (and power) can’t be all vanilla, all of the time. We need these spectacles to remind us of our own importance. I saw first hand the HUNDREDS of journalists from around the world who came to witness and share this event with their own countries. It is a testament to our continuing influence in the world. Events like the Inauguration reassure us, and the world, that we are not going anywhere. Plus, they ARE fun. Most people I encountered were high off the experience. However, it is far to ask, at what cost? Literally!  Estimates for what amounts to a giant party, have been put as high as $170 million (ABC News) or more. Yes, I said $170,000,000! This money will come from a variety of sources including those from the Government as well as from private donations. Of course, those private donations come from the people who are being caravaned around the city with a police escort and sirens blasting. Add this amount to the amount spent on the Democratic National Convention to get the President here in the first place, and it can fairly be described as staggering!

Supporters of the President, and, therefore, the event, will argue that it is money well spent. It brings the nation and the world together in a positive, reassuring way. OK. I get that. But can’t it be a matter of degree? At a time of economic uncertainty, when we can’t seem to get our fiscal house in order, and we can’t find money to feed the hungry, care for the sick, or educate our children, is it truly necessary to spend hundreds of millions of $$$$$$$ to feel good about ourselves? Wouldn’t we, couldn’t we, feel better about our things if we scaled these things back, just a bit, to, let’s say just tens of millions of $$$$$, on our parties (political AND actual!) and use the rest to serve the PEOPLE of this GREAT Nation. It’s something to think about. 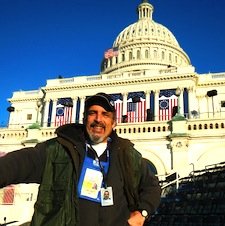