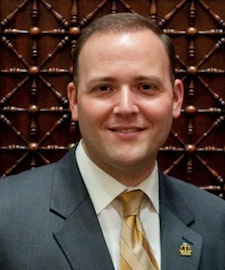 
I have been to every part of Rockland — every hamlet, every town, every village. I have heard a unanimous chorus yearning for someone to lead us forward to a new era of fiscal responsibility and government accountability. In those conversations, I have had the honor of being endorsed by Congresswoman Nita Lowey, Former Town Supervisor Thom Kleiner, Mayor Jen Laird-White, Mayor Tish Dubow, County Legislator Nancy Low-Hogan, and Former County Legislators Denise Kronstadt and Connie Coker.

Serving our community as a judge for the last three years has been a most rewarding experience. Since first putting on my robe, I’ve had thousands of Rockland residents appear before me, counting on me to protect their rights with well-reasoned decisions made with integrity. Beyond my role as a criminal court judge, I was entrusted with the responsibility of sitting in the domestic violence court and the countywide drug court where I learned the importance of accountable decision making.

With all the meaningful, yet difficult, moments of judging, I have been witness to the devastating failures of today’s county government. Last year, I was sent a memo from the county stating probation officers would no longer appear in court because the county couldn’t afford money for gas. I could not believe they would allow the difference between justice served and justice denied to be determined at the gas pump. I realized at that very moment that we do not only suffer from a deficit of dollars and cents but also from a deficit of ideas. There has been no concept of the big picture.

My vision is a county government where accountability is our creed. And with that focus on making this government accountable, I promise you a government that will cost less when our administration goes to work. My strategy to lead us forward, out of Rockland’s fiscal crisis, has two key dynamics: (1) Immediate Recovery Actions, and (2) Long Term Remedies.

On my first day as Rockland County Executive, I will lead legislation through the county legislature that will immediately help Rockland recover by reigning in spending. Hard working civil servants are losing their jobs, vital services are being cut, but the county executive’s office is fully fueled with high paid staff. They have not led by example, but our administration will. No one will sacrifice until I take an actual, real pay cut and my own office is reduced in size. As part of my immediate recovery actions I pledge to save a quarter of a million dollars immediately with a 10% pay cut to the county executive, my appointees, and my commissioners. I voted against my own pay raise as a county legislator and I will continue that approach as county executive.

Our long term remedies will include innovative strategies to secure new revenues without reaching further into taxpayer pockets while implementing proactive mechanisms to control spending. County law directs that the county executive is the chief economic development officer. I know that, and I will act like it by creating policies and incentives to show prospective job creators and business taxpayers that they don’t have to look to New Jersey anymore. As county executive, I will make sure that Rockland is open for business again. My economic development team and I will partner with our towns and villages to fill store fronts and turn vacant, run-down, commercial buildings into engines of opportunity.

New revenues won’t get us there alone if we keep spending and spending. Politicians always tell us state mandates are to blame and they can’t do anything about those costs. That’s not true. I will build a coalition of county executives across New York to drive that point home in Albany where Rockland has strong representatives in the Senate and Assembly. However, the answer can’t just be ‘€œit’s the mandates!’€ I will personally supervise my commissioners so we improve how we administer state mandated services in order to meet our obligations intelligently.

I have always believed that a campaign is a job interview. And in the course of this job interview I will work hard to earn each vote by showing how I will achieve the change I pledge. Check out Moody’s and read the Rockland Business Association / Pattern for Progress report on how county officials got us into this crisis. I urge you to read those sources for yourself, and not just take my word for it. There is a growing, independent body of knowledge that says the current path is the wrong one. I will labor tirelessly to be your county executive, leading us forward to a new era of fiscal responsibility and government accountability.