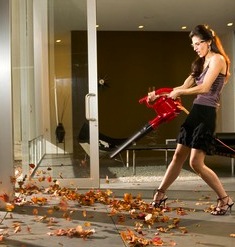 The Village of Nyack has suspended leaf pickups for the next week in preparation for the Storm named Sandy expected to hit the Lower Hudson Valley on Monday and Tuesday. Don’t put your leaves in the street — they will only end up blocking a storm sewer — which will lead to flooded roads and soggy streets.

Let your leaves lie for another week. Mother Nature is on the case and will be removing all of the leaves from the trees very shortly.

As part of its storm preparation, United Water will up its daily downstream release by 9.75 million to approximately 60-80 million gallons a day in response to requests from the NYS DEC and elected officials.  ‘€œThis will have a positive effect on managing the pending Hurricane that is headed our way,’€ says Clarkstown Supervisor Alex Gromack.

In this article:Rockland County, Village Hall