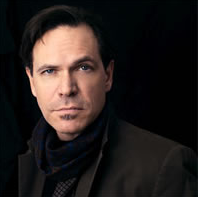 When Grammy-Award-winning vocalist Kurt Elling performed in South Africa on Saturday, August 25th, he presented the organizers of the Joy of Jazz festival with the second edition of his vocalese lyrics, a book that commemorates the 30th anniversary of Nyack’s Circumstantial Productions—founded by writer, teacher, publisher and producer Richard Connolly.

According to Connolly, these music projects led to the production of video documentaries and cable TV programs in the 1980s, and then to the publication of non-fiction, fiction and poetry books in 1990s.

Circumstantial Productions’ first book, “What Does It Mean to Be Human?” was published with UNESCO (the United Nations Educational, Scientific and Cultural Organization) in 1998. It is a collection of writing by a diverse international group of artists, authors, and activists including the Dalai Lama, Oscar Arias, Vaclav Havel, Wilma Mankiller, Charlie Musselwhite, Elie Wiesel, and Theodore Zeldin.

‘€œIn 2011, I decided to produce new music projects along with books, as part of plans for several multimedia productions in 2012 and beyond,’€ Connolly said. In October of that year, Connolly’s company released its first CD, CONVERSATIONS IN BLUE with David Maxwell & Otis Spann.

According to Connolly, David Maxwell and Otis Spann have had a musical connection for nearly half a century. ‘€œMaxwell first saw Spann perform with Muddy Waters in Paris in 1963 and in Cambridge, Massachusetts in 1966. By the late 60s, Maxwell and Spann had become friends and their musical relationship was established. Since Spann’s death in 1970, Maxwell has been identified with Spann’s post-WW II blues piano playing.’€ In CONVERSATIONS IN BLUE, Maxwell collaborates with Spann on a recording that uses original tracks from the 1960 Candid Records recording OTIS SPANN IS THE BLUES. The original Otis Spann sessions were produced by Nat Hentoff, the writer and civil rights activist, who worked as Candid’s A&R director,’€ Connolly added.

In May 2012, Conversations In Blue won the 2012 Blues Foundation Award for Best Acoustic Blues Album. 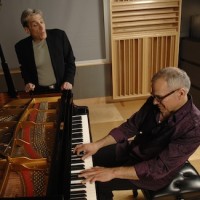 PoemJazz is a conversation between the sounds of poetry and music,’€ Connolly said.  Connolly coined the word while producing the Pinsky/Hobgood collaboration. The PoemJazz CD has sold very well and Pinsky and Hobgood are scheduled to present PoemJazz in many venues in 2012 and 2013.

From the banks of the Hudson to Cape of Good Hope in Africa, Circumstantial Productions has been consequential and prolific. Jazz and poetry fans around the world are eager to see what the next 30 years will bring.