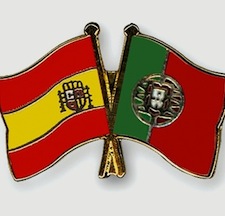 Europe in dire economic straits? That’s not necessarily what I saw on a family vacation this summer to Spain and Portugal.

I had my fair share of expectations of what these countries would be like through history classes and tour guide books. I also knew that the global economic crisis had hit Spain and Portugal hard. The total unemployment rate in Spain is roughly 25%. But the more frightening number is that just over 52% of Spanish workers under the age of 25 are unemployed. The Portuguese unemployment rate is currently just below 15%, an all time high. I expected a depressed atmosphere, things to be cheap, empty seats at restaurants, and a protest or riot here and there.

Politically, I had heard rumors of rampant corruption in both countries. In early June a group called Transparency International released a report claiming that close relations between businesses and the governments in Portugal, Italy, Greece, and Spain opened the door for corruption high up on the political ladder and undermined efforts for economic stability. I also had some background knowledge on independence sentiments rising from certain regions in Spain.

Socially, despite the current crises, I expected a vibrant society rich in culture that reflected that of past European countries I had visited.

While some of my expectations were close to accurate, the majority of them were completely wrong.

In Spain, I was shocked to find bustling restaurants and shops with prices more on the higher end. Despite interesting price variations (a bottle of water was more expensive than a glass of wine or beer), Spain’s economy didn’t seem as faltering as portrayed in the news. There were very few homeless people in the five cities I visited and people were well dressed and going on with their daily lives.

However, soon after our departure, riots erupted in Madrid. I was in shock, having missed them by a matter of days. The Spanish government had imposed a new round of austerity measures that slashed the pay of workers in almost every field, ranging from miners to doctors. Miners took to the street, leading to violent conflicts with riot police. Despite what I had experienced, my eyes were then opened to the truth of the tanking Spanish economy.

Politically, I learned more about the independence sentiments in Spain. The regions of Catalonia in the northeast of Spain and the Basque country in the north have been pining for independence from Spain. Each region has a unique language, history, culture, and way of life from mainstream Spain. A local Catalonian expressed his dreams of an independent Catalonia where its unique ways would prosper. However, independence sentiments, until recently, caused major problems in the Basque country, giving rise to the ETA (an acronym for Basque Homeland and Freedom in the Basque language), a terrorist organization that performed bombings and shootings in Northern Spain and France until a recent ceasefire.

In Portugal, things were a little cheaper with more visible homeless people begging for money. This country had other political problems. I heard about deep seeded corruption in the Portuguese government with locals complaining about how long it took for the government to enact beneficial programs since politicians could not reap the rewards.

Despite the fiscally draining crisis that was consuming both countries, the people seemed to be keeping their heads above water. I was in Madrid when the Spanish soccer team won the European Cup. As soon as the game ended, people were out on the streets honking their horns, waving Spanish flags, and singing Marcha Real, the Spanish national anthem. It was the quintessential moment of unity. Despite the fiscal crisis, no cost was spared with the huge parade celebrating the event and I could feel the spirit and pride of the people ringing out.

Additionally, Spain seemed to effectively blend its various cultures. In a world where intolerance is spreading at an alarming rate, it was refreshing to see Christians, Muslims, Roma, and other ethnic groups roaming the streets. I felt the same positive energy in the Portuguese communities I visited. It seemed that the people understood the crisis surrounding them, but were able to remain happy and hopeful.

Visiting these countries was an enriching experience from the underlying Islamic architecture leftover from Muslim ruled Spain to the exquisite squares, castles, and cathedrals. Despite economies on the brink of collapse, the Spanish and Portuguese people seem to be keeping their chins up – an attitude everyone around the world can use at this critical juncture. It is certainly a lesson I will take with me to college.

Tal Axelrod is a Clarkstown South graduate who will be attending Northwestern University in the Fall.

Photo Credit: Matthew Olney, Spain Should Take Some Lessons From Its Neighbour via storify.com