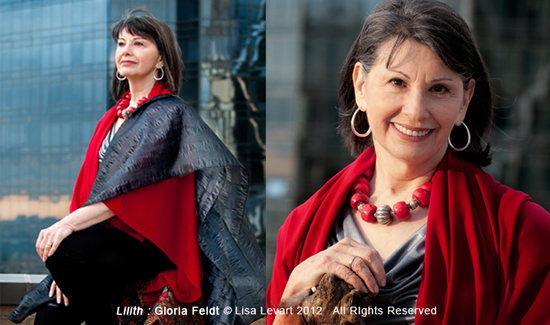 First and foremost, I think of myself as an artist rather than a political activist. But sometimes, when faced with the utter absurdity of the world in which we are living, the need to shout out loud and clear is forced upon even the most hesitant firebrand.

On June 13th, while protesting her state’s stringent anti-abortion proposals, Michigan Representative Lisa Brown said on the floor of the State House: “Mr. Speaker, I’m flattered that you’re all so interested in my vagina, but ‘no’ means ‘no.’” The next day Ms. Brown was barred from speaking on the House floor. “What she said was offensive,” Representative Mike Callton said. “It was so offensive, I don’t even want to say it in front of women. I would not say that in mixed company.”

For anyone who grew up during the 1970s, this exchange evokes a sense of dÃ©jÃ  vu: Haven’t we been through this already?! Hasn’t Eve Ensler’s play ‘The Vagina Monologues’ put the stigma of using the word “vagina” to bed, so to speak? My work with Goddess on Earth: Portraits of the Divine Feminine over the past 10 years has allowed me an inside look into the powerful world of women’s activism and accomplishments. But at times like these, I am reminded that we cannot take women’s rights for granted.

One of the most outspoken voices for women’s social and reproductive rights today is Gloria Feldt, the author, feminist leader and former CEO and president of Planned Parenthood Federation of America. Gloria has been a fierce advocate for women’s rights for over four decades; her most recent book, No Excuses: 9 Ways Women Can Change How We Think About Power, is a must-read. I was honored to have recently photographed her in New York City embodying Lilith for Goddess on Earth. In Jewish and Christian mythology, and in some older versions of the Biblical rendition of creation, Lilith was Adam’s first wife, created at the same time as Adam and from the same earth — not from his rib. When he tried to assert his authority over her, she refused to submit and instead left the Garden of Eden to live an independent life.

Gloria shared with me how she felt inspired by Lilith’s story of rebellion and self-determination:

Lilith is one of those rare people who has total integrity. She is so strong in her own convictions and identity that she never gives in to what others think of her. The men who resent her strength and courage define her in the culture as a harridan, a screech owl, a witch. I think they fear her sexual power most.

Faced with the overwhelming reality of our contemporary world in which women are so often oppressed and victimized, I wonder: shouldn’t I too, step out — like Lilith did — of my comfort zone and stop pretending that certain political conversations fall within the boundaries of what’s normal and sane? Mustn’t I too speak out how truly ridiculous it is to make a female body part unspeakable?

As Gloria Feldt would say, there are no excuses. No one is coming to save us women, and it is up to us to decide when we have had enough. And it’s with that unshakable conviction that I am bowing to the wisdom of Lilith and Gloria, embracing my dual nature as an artist and activist, and raising my fist to the sky and shouting: vaginas rock!

In this article:Gloria Feldt, Lilith