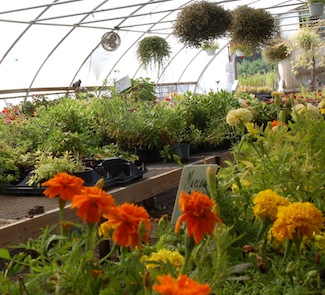 Although 236 years old for the USA is an impressive number, it pales when compared to the birthday being celebrated today in Pomona, NY. The Orchards of Concklin invites the public to their 300th birthday today, July 4 2012 from 1-6 p with games,  music, balloons, square dancing and farm tours. And lots of good food to eat.

When Nicholas Concklin started farming Kakiat Patent Lot #1 in 1711, farming was the mainstay of the local economy. Today, the 300 year-old Orchards of Concklin is now one of three active farms in the Rockland County.

Farm to Table fans can share that history as well as tasty baked goods and fresh produce every Thursday in The Orchards of Concklin tent at the Nyack Farmer’s Market.

Why shop at a Farmer’s Market? Co-owner Rich Concklin says merchants at a farmer’s market have a strong connection to their customers. ‘€œWe’re mindful of what’s going on,’€ he says. ‘€œWe watch everything to make sure we bring better products to the table.’€ Concklin says local food is better food because produce that doesn’t have to be shipped hundreds of miles will generally have a fresher flavor.

As far as small businesses go, Concklin says farming is relatively recession proof. However, farmers have other concerns about which most businesses don’t have to worry: hail storms, plant diseases, locusts, and the 17-year cicada. Despite these difficulties, Concklin’s has stood the test of time. “Sometimes it comes down to just getting through the hot days,” he says.

The Orchards of Concklin is a conventional farm, which, according to Concklin, is the mainstream of U.S. agriculture. They use both organic and inorganic pesticides depending on the weather. Concklin says it’s a common misconception that all pesticides are inorganic and are unhealthy. ‘€œOrganic doesn’t mean not sprayed,’€ he says. Concklin’s chooses pesticides that provide the most benefit to crops. For example, they’re fond of an organic sulfur spray that gets reapplied every couple of weeks.

Who shops at Farmer’s Markets? ‘€œIt’s a total mix,’€ says Concklin. ‘€œPeople come to these farmer’s markets to browse and shop.’€ Concklin says it’s a very competitive business, but it benefits everyone involved. Farmer’s markets give local farmers an additional distribution point and the consumers get fresher, better quality products.

You can find the Orchards of Concklin at the Nyack’s Farmer’s Market every Thursday through late November or at their Farm Store at the intersection of Route 45 and South Mountain Road in Pomona, NY. 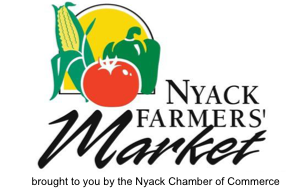 Advertisement. Scroll to continue reading.
In this article:_intern, at the farmer's market, Eats of Eden