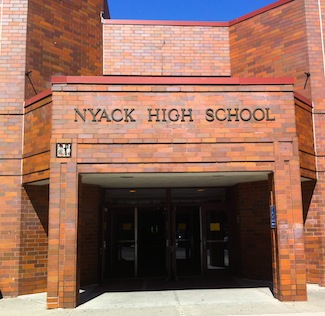 Four years of hard work and perseverance might get you into a good college, but it does nothing to guarantee a smooth graduation. Nyack High School’s 2011 and 2012 graduations were memorable ‘€” but not necessarily in a good way.

Last year, when Nyack experienced a heavy downpour administrators were forced to postpone the ceremony. After seeing another evening of rain in the forecast the events were moved into the high school gymnasium. Because of that misleading weather report, the 2011 seniors, as well as their family and friends, had to squeeze into a sweltering high school gymnasium. Moreover, the postponement led 2011 Valedictorian Zahra Ahmed to miss the ceremony and perform her speech via a pre-recorded video.

The 2012 graduation last Thursday was held on its scheduled day and in its arranged location. However, this year graduation coincided with one of the hottest, most hectic days in recent Nyack history. It was a 93 degree day in most of the village. At the corner of N. Broadway and First Avenue it was even hotter due to a roaring 25 foot high gas main break fed fire. Administrators deliberated postponing the graduation for the second consecutive year, concerned about losing power during the ceremony. The final decision was to conduct the graduation and to have a few back-up generators ready in preparation for a worst-case scenario.

The graduation went on as scheduled ‘€” with a few hiccups. The already sweaty (and perhaps a bit testy) audience saw the lights go out as Christina Devita was about to be called to receive her diploma. After a few moments in the dark, power was restored and the graduation exercise continued. Later, the chorus’ eloquent rendition of the Beatles’ In My Life was interrupted by the piercing siren of a passing fire truck.

The past two graduations have forced Nyack High School to deviate from tradition inspiring debate and second guessing about decisions that were made. Nevertheless, they have been a testament to Nyack’s ability to adapt. The past two classes of seniors successfully took a big step in the course of their lives and were able to graduate despite a few speed bumps at their graduation exercises. Good luck to the class of 2013: may your graduation be outdoors, on time and incident free.

Max Cea, a sophomore at the University of Delaware,  was part of the 2011 graduating class at Nyack High School.