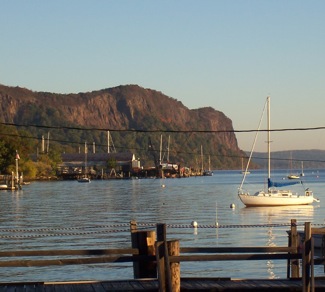 Since February I’ve been urging my kids to figure out what they want to do this summer. ‘€œFind out what your friends are doing. I’ll sign you up,’€ I said. Despite weekly pleas for answers, they came back with nothing. No sports or sleepaway camps, no camps specializing in fashion, farms, food, film or nature. Plenty of suggestions were made, but nothing held enough appeal this year. Why, I had to ask myself, was it so important to me to have my kids signed up for stuff? What are my kids trying to tell me with their refusal to declare a summer ‘€œmajor?’€

Since I work full time, and mostly from home, summer activities have always been pretty crucial. Since my kids were in daycare, our summer days flowed much like those during the school year, except that we packed sunscreen, bathing suits, towels and goggles into backpacks instead of books and folders. Lunches were assembled and the kids were piled into the car and rushed out of the house by 8:15 for a full day of activity-intensive camp. When they got home, they passed out, sunburned and exhausted, in front of the TV, then got up the next morning and did it again. We are just plain tired of doing that.

And why should we? My kids are now 12 and 14 ‘€“ too old for babysitters and too young for jobs. After 10 months of daily grind, is it so wrong for them to have a few precious weeks to just hang out with nothing to do? Would it be awful for them to be bored now and then? I thought about my own Florida summers hanging out at the beach or the pool, roaming the neighborhood, running through sprinklers, playing SPUD in the street. Nobody went to camp. We looked forward to summers because it was a time to rest and be with our friends. So I have purchased the kids passes for the town pool. And that’s it.

Sometimes I wonder if underneath the decision not to commit them to activities is a selfish attempt to keep them close while I still can. Childhood is short, and it is, sadly, coming to an end. Maybe I will regret the fact that I’m not participating in the relentless resume-building and college application fortification that many of my friends and their kids seem to be engaging in, but, as they say, ‘€œyou’re only young once.’€ I hope that our decision to let them just ‘€œbe’€ this summer will end up having as much value to them as the expensive camps of previous years. At the very least, they will have time to clean their rooms, and maybe my chicken coops. (Or maybe that’s still wishful thinking.)