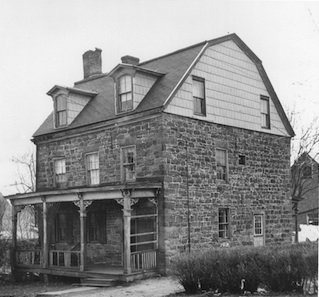 Near the foot of Main Street in the Village of Nyack stands a dilapidated, abandoned house covered in crumbling, yellow stucco and surrounded now by a chain-link fence decorated with caution tape. You’ve probably passed by this sad and neglected property either on foot or in a car and not given it much thought, except perhaps to wonder when it might finally collapse or be demolished. Few are aware that this house is a key link to the origin and development of the Nyacks and Rockland County. The man who built it, around 1815, was a dynamic and enterprising businessman whose vision and investment directly led to the growth and evolution of the Nyack we now know. Inside this house, plans were born that changed and shaped the county like nothing since, except perhaps the Tappan Zee Bridge.

John Edward Green, born in 1772, was a Nyack success story. Originally from Coeymans, N.Y., near Albany, he came to the Nyack area some time before 1800, after losing a successful lumber business to a fire in his home town. He worked as a laborer for the Cornelison family in what is now South Nyack, and subsequently restarted his lumber business in New York City. Sometime around 1810, Green started Nyack’s first lumberyard near his dock at the foot of Main Street, and a few years later built the sandstone house and store that still stands adjacent to it. At the time, Nyack was just a handful of buildings, most clustered around this little river landing. The settlement was cut off from the western part of the county by the Clarksville marsh (near the current Palisades Center) and almost entirely dependent on river sloops for supplies and commerce with New York City and points north. The wind-powered sloops were notoriously unreliable due to the vagaries of the wind, and effectively limited any development of the isolated Nyack community.

Green built his house in Nyack at a time of great possibility for the landing. He and his neighbors, Peter and Tunis Smith, made a series of moves that showed they imagined a great future for Nyack by capitalizing on the river, their deep water port, and on recent technological developments. In 1817, construction began on the Erie Canal, and a few years earlier, in 1807, Robert Fulton had built the Clermont, the first commercial steamboat that plied the Hudson River between Albany and New York City. Meanwhile, in the western part of the county, industry flourished on the Ramapo River. Nail factory owner J.G. Pierson and John Suffern, who owned a large woolen factory, urgently needed a more dependable means of getting their goods to market than the long and difficult road to the Haverstraw landing, which was far from the city, froze too often in winter, and was not deep enough to accommodate fully-loaded ships at all stages of the tide.

Together with the Suffern factory owners, the Smith Brothers and Green worked to obtain a Legislative Act creating a turnpike linking Suffern to Nyack. In 1816, around the time Green built his house, a first Act was passed by the New York Assembly authorizing the Nyack Turnpike. Green was in a unique position to capitalize on this development, which would have the new turnpike terminate at his property on the river. Once the road was built, all the Nyack men would need was regular and reliable river transportation to deliver the Ramapo manufactured goods. And in the years it took to plan and complete the turnpike, finally done in 1830, John Green would provide the missing catalyst that would bring all these opportunities together: steamboat service to and from Nyack.

Since 1807, Roberts Fulton and Livingston had held exclusive privileges to operate steamboats on the Hudson and within New York State. This ended in 1824 when the Supreme Court broke up this monopoly with their ruling in Gibbons vs. Ogden, opening up the industry to all. Soon thereafter, in 1825, just after the opening of the Erie Canal, Green was out in the middle of the Tappan Zee making depth soundings to chart out what he dubbed the ‘€œNyack Channel’€’€”a safe path for large vessels to get to the deep Nyack landing from the main channel of the Hudson. And in July 1826, Green was instrumental in forming the Nyack Steamship Association, serving as its chairman and major investor, putting up $5,000 of the $10,850 the association would use to build a steamship, the Orange. In May of 1828, after years of planning and meetings, many of which took place in the house at the foot of Main Street, the steamship Orange made its maiden voyage. 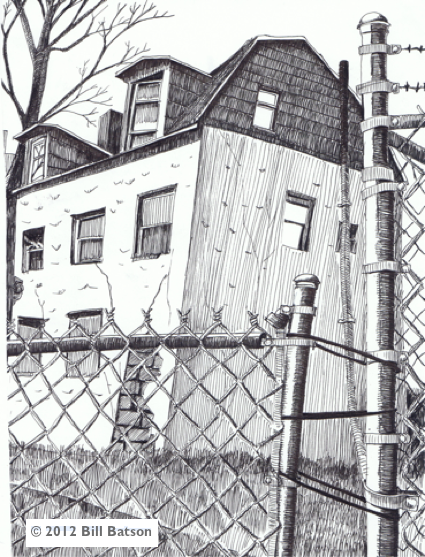 The Orange was an immediate a success, changing the focus of commerce and travel in the county from Haverstraw and Tappan, to the new Nyack landing. Dr. F.B. Green, John Green’s grandson, wrote in his 1886 History of Rockland County, that ‘€œthe quantity of freight carried was enormous. From the landing at the foot of the present Main Street, rows of wagons waiting their turn to unload, would extend to Franklin Street on steamboat days. From Ramapo, from Ladentown, even from Haverstraw, both passengers and freight came to the Nyack boat . . . .’€

It is not possible to exaggerate how much Nyack and the county were changed. Prior to the arrival of steamship service, Nyack was a little country village with fewer than 200 people. The boat opened the village to the world, business and industry sprang up, new people arrived. In 1828, in The Saturday Evening Post, the Nyack Steamboat Association boasted in an advertisement, that ‘€œevery exertion has been made to entertain boarders, and many houses are now in readiness to accommodate guests.’€ The steamboat transformed the once sleepy village into a thriving commercial center, thanks to the investment and energy of John Green.

Green’s accomplishments extend beyond that of a steamboat pioneer and commissioner of the Nyack Turnpike. He was deeply involved in civic life in the community. In 1806, John Green was also one of the earliest trustees of the Nyack Library, a precursor of our present library. In 1812, he was a founding trustee of the First Methodist Church in Nyack and was one of the two major financial donors who made possible the construction of the sandstone church that still stands on North Broadway in Upper Nyack, now known as the Old Stone Meeting House.

By the time Green died in 1842 at age 60, he had seen tremendous change in the village and could safely say that he had played an important role in making that change happen.

Next time you walk by the old sandstone house at the foot of Main Street, imagine John Green in 1815 looking out at the river and seeing opportunity. Imagine Green, and Peter and Tunis Smith, watching Fulton’s boat, the Clermont, steam past Nyack on its way to Albany. Imagine the meetings that took place inside the house and the excitement that must have been in the air in May 1828, on the day of the steamboat Orange’s first voyage. Imagine the wagons lined up past the house all the way to Franklin Street. This house is our last remaining tangible link to that time and to the man who changed the face of Nyack: John Edward Green.

This article originally appeared in the Spring-Summer 2012 Historical Society of The Nyacks newsletter.