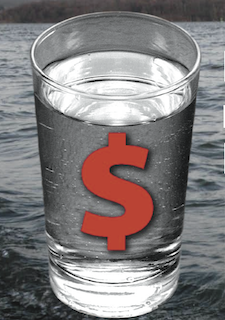 The Hudson Valley’s leading environmental organizations formally requested that the New York State Department of Environmental Conservation (DEC) hold a hearing to consider an industrial water desalination facility proposed by United Water for Haverstraw, Rockland County following advocacy by thousands of residents.  The environmental organizations are urging DEC to consider serious issues related to the environment and endangered species, public health and drinking water safety, energy uses and consumer costs as well as the need to consider alternatives including the creation of a county water conservation plan.

Clearwater, Riverkeeper and Scenic Hudson sent a letter to DEC Commissioner Joe Martens officially requesting the hearing to be held by a DEC administrative law judge. The groups characterized the one public hearing held in Haverstraw last March as not providing adequate opportunity for public input for the unprecedented scale of the proposed plant. The environmental groups also said that the number of serious issues that remain unresolved also highlighted the need for a more thorough review. In making their request, the groups cited state law and public rights that clearly established the appropriateness of the special hearing.

‘€œThe consequences of this large, industrial plant proposed for an ecologically sensitive and heavily populated area call out for a more serious vetting with broader public input,” said Scenic Hudson Senior Vice President Steve Rosenberg. “The fact that recent studies show Rockland’s groundwater resources are significantly more abundant than previously estimated must be considered.  In light of the recommendation of several Rockland legislators and the Rockland County Comprehensive Plan that a county-wide water policy be established, it doesn’t make sense to proceed with the plant before considering much more sustainable alternatives.  Rockland residents deserve better than a proposal that wastes energy, money and the area’s natural resources while it perpetuates a future of greater waste and damage to our natural treasures.’€

‘€œRockland County deserves an honest and full debate about its options. To date, the public was only given one proposal to review and a short time to respond to it,” said Paul Gallay, President and Hudson Riverkeeper. “Haverstraw Bay is a unique habitat, a critical ecosystem and one of the richest estuaries on the planet. The people of Rockland County are fighting for this area and they deserve the right to make their case before an administrative law judge.’€

‘€œThe public needs to get the facts about the proposed Rockland Desalinization plant,’€ said Jeff Rumpf, Clearwater Executive Director. ‘€œHudson Valley residents need to better understand what the implications are for privatizing Hudson River water and the fact that a multinational, for profit corporation wants to make Rockland homes and businesses pay for a high price for water.  And there would also be a very high price paid by the environment; this plant would set a destructive precedent for the region, calling for enormous energy use, encouraging more urban sprawl, and further compromising declining fish populations and the balance of Haverstraw Bay, a vital ecosystem that needs to be protected and not used to increase profits.’€

Tina Posterli is the press officer for Riverkeeper.