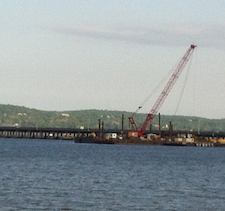 A no-cost solution to mass transit on TZB is still possible.

Nyack, May 7 — The past two weeks have generated a lot of noise about replacing the Tappan Zee Bridge. There’s also been posturing, outrage, frustration… and a little bit of pile driving, too. On closer examination, a lot of what passes for news turns out to be just noise.

We will have to assume Samuel’s list of economic no-nothings and obstructionists includes the 27 politicians, environmental advocates and transportation organizations that signed on to a press release last December calling for mass transit on a new Tappan Zee Bridge as well as the 84% of Nyack area survey respondents that said the TZB should inclde mass transit. It’s not just Mr. Samuels who suffered from a loss of perspective last week: the Journal News ran it’s BuildTheBridgeNow article as a front page story without mentioning the significant support for Bus Rapid Transit (BRT) and the fact that only one elected official has offered unqualified support for Cuomo’s bus-less bridge plan.

There’s lots of noise about the bridge. Unfortunately, what’s required now is less talking and more strategic thinking if people want to get Governor Cuomo to amend his plans.

Let’s face it: the governor is going to build that bridge. No one knows how he will pay for it — yet. But don’t be surprised if the $5 toll jumps to $16 as some independent sources have speculated and even the Thruway once suggested. It’s ironic that although Cuomo has been painted as anti-mass transit, a future $16 toll might provide a greater incentive for getting people out of their cars and on to the existing mass transit than building a new BRT line. 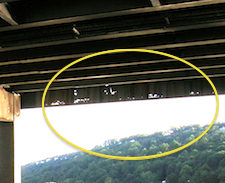 For those who say “stop or we’ll sue!” it’s likely that the governor has a surprise up his sleeve. Reliable sources have hinted that the bridge is in much worse shape than transportation officials will publicly admit. Pictures presented by the Nyack River Rowing Association at the March 2012 DEIS hearings showed sunlight shining through the supports that hold up the roadway, giving credibility to the unofficial whispers. If environmentalists, anti-bridge people or mass transit huggers decide to bring a suit, all Cuomo needs to do is to play the “Minneapolis card.” Any mention of the 2007 I-35 bridge collapse will either shut down a lawsuit or politically inoculate the governor should he decide to run for higher office in 2016.

How do you play poker with a governor who seems to hold all the cards? Actually, it’s pretty easy. Figure out a way to make him look good that advances your game without impacting the new bridge’s cost or delivery.

Rockland County already has a mass transit system in place called the Tappan Zee Express. Admittedly, it’s not the full blown bus rapid transit envisioned in the original plan — but it could easily run in its own dedicated lane on a new bridge to satisfy those who fear that if mass transit doesn’t launch on day 1 it will never happen. There’s ample capacity for the TZ Express in the new bridge design and this feel good/looks good/politically astute move would cost nothing to implement. It’s likely that the governor might agree, too, if for no other reason than to avoid continued criticism that he’s against mass transit.

This idea is part of a more ambitious plan proposed by Rockland County Executive Scott Vanderhoef. It’s not clear why it hasn’t advanced because it sounds like a win-win for the Cuomo camp and transit advocates, too. Even though it sounds good, maybe it has failed to catch on because when it comes to the new Tappan Zee Bridge, it’s so noisy around here you can’t even think.