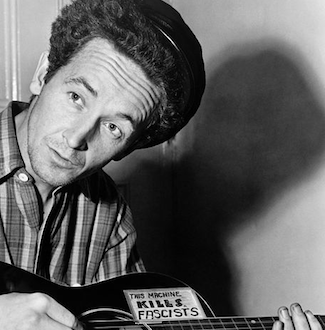 Pete Seeger and Woody Guthrie were close friends and musical collaborators who first met in New York at a benefit supporting California farm workers. Pete and Woody, along with Leadbelly, Burl Ives, Sonny Terry, Brownie McGhee, Josh White and others founded The Alamanc Singers in 1940, one of the first major folk music groups to organize and popularize protest music. Members of this group, including Pete, went on to found The Weavers, popularizing many of Woody’s songs. During the McCarthy Era of the 1940’s and early 1950’s, Pete, Woody, and many other artists were blacklisted.  Ultimately, Pete and Woody have inspired generations of musicians including Bob Dylan, Joan Baez, Peter Paul & Mary, Judy Collins, Bruce Springsteen, Ben Harper, Billy Bragg, Jeff Tweedy, and many more.

Tarrytown Music Hall, located in Westchester County, is just 35 minutes north of New York City at 13 Main Street, Tarrytown, NY. The Music Hall is a short walk up the street from the Metro North train station.