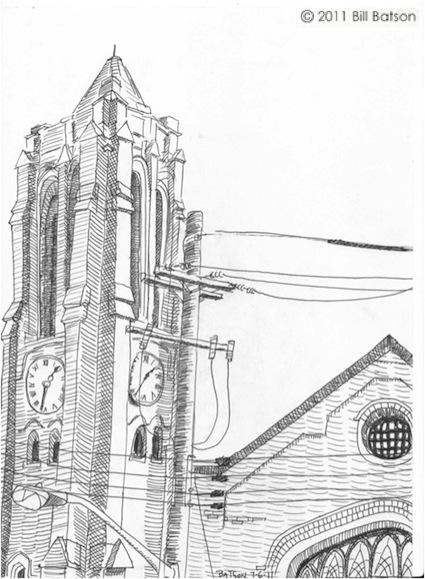 Two brothers who helped create Nyack’s graceful and distinctive architecture will be celebrated at the museum of the Historical Society of the Nyacks with a special exhibit opening Sat April 21.

Marshall and Henry Emery designed many of the churches, schools, and hospitals in the New York City area and throughout the Hudson and Mohawk Valleys. If you’ve ever visited the Nyack YMCA, the Nyack Library or the original Nyack Hospital building, you are familiar with the work of the Emery brothers.

The exhibit includes fifty photographs of structures designed by Marshall and Henry Emery during their combined architectural careers from 1889 to 1949.  The exhibit is open from 1-4p on April 21 and at the same times on the third Saturday of each month.

‘€œThey worked in very creative ways,’€ says Win Perry, president of the Historical Society and an architect by profession. ‘€œAlthough they sometimes used the historic revival styles then popular, their designs emphasized the colors and textures of natural materials and the craftsmanship involved in their use.” Perry says the Emerys’ brought an artistic sense to their combinations of architectural forms.  “More than any other architects, Marshall and Henry Emery defined the architectural character of the Nyack community,” he says.

The museum at the Historical Society of The Nyacks is located at the east entrance of the DePew House, 50 Piermont Avenue, adjacent to the Nyack Library.