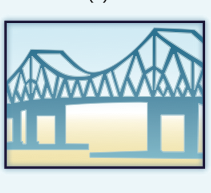 The village which abuts bridge construction also cried foul about the DOT’s hurry up offense to build a new bridge. “The original Tappan Zee Bridge project had a devastating effect on South Nyack, cutting it in two,” said South Nyack Mayor Tish DuBow at last month’s Draft Environmental Impact Statement hearings. “The state now claims that the impacts to South Nyack of replacing the bridge are ‘insignificant.’ This is ridiculous.”  The South Nyack Village Board’s response to the state criticizes New York’s transportation department for glossing over important issues in its DEIS findings.

The complete text of the Village of Nyack’s  and South Nyack’s response is available online. Here are highlights of the DEIS comments from both villages.