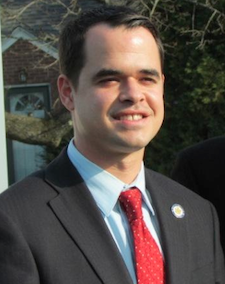 Rockland’s representative in the NYS Senate is seeking support for an idea he says is good for democracy, good for Rockland and good for taxpayers. ‘€œI am calling on my colleagues in state government to work together to ensure that New York State adopts a singular, unified date for the upcoming primary elections,” says NYS Senator David Carlucci (D – Rockland).  “To do so would serve in the best interest of all taxpayers.”

Carlucci says the September primary will cost the county as much as $400,000. ‘€œWithout prompt and decisive resolution to this matter, this will create a financial burden which Rockland County simply cannot afford,” he said. “Throughout the state, counties are grappling with how to logistically operate, and financially support, the chaotic calendar that consists of holding three separate elections for presidential, federal, and state primaries.” Carlucci says having multiple election days also suppress voter turnout.